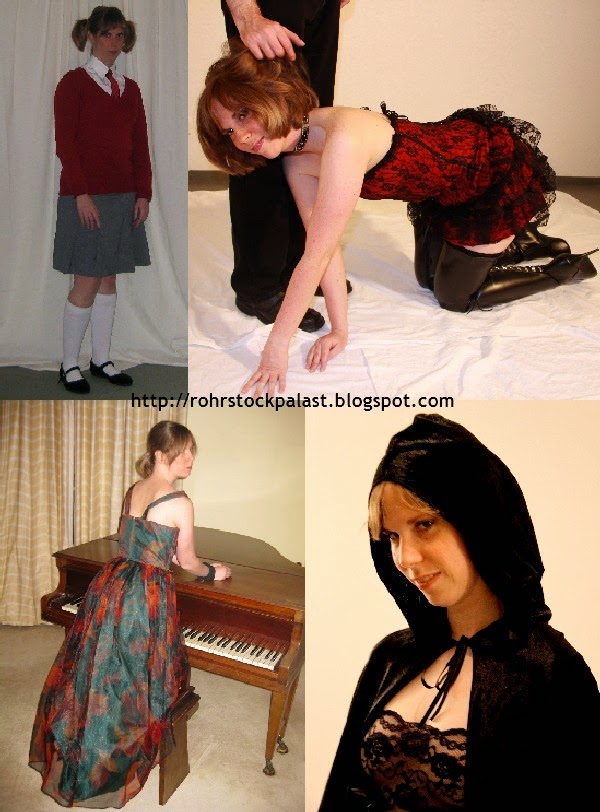 (Answering the question: What to wear to a spanking party?)

This is the second Kaelah's Corner post in which I will look back at my time as a kinky blogger and member of the spanking community. In part one of the series I wrote about my first year as a blogger and what co-writing this blog with Ludwig meant to me.

Having got lots of positive responses on my Kaelah's Corner posts encouraged me to become even more active on this blog. I felt that Ludwig had found his place here in the kinky community and I wanted to be accepted as his equal mate. This meant not only to be more visible online but also to meet fellow kinksters in real life. 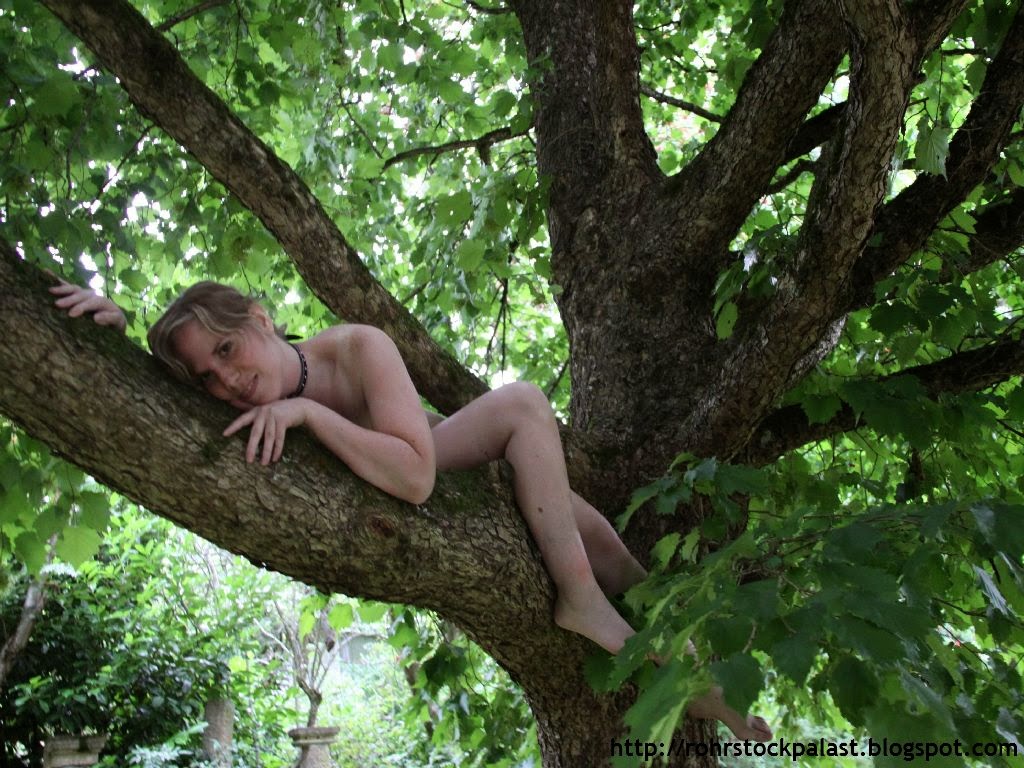 (Creatures in the trees.)

For me, this proved to be a double-edged sword. On the one hand I enjoyed the adventures of meeting new people and even dipping my toes into the production of amateur spanking clips. On the other hand I sometimes felt that it was all a bit overwhelming – reading about so many different lifestyles on all the blogs, playing with others in front of a camera and putting myself out there in pictures and my personal writing.

I think this struggle also became obvious in my writing. There were lots of posts about Ludwig's and my adventures. We invited our readers for the first time to take part in the development of a creative spanking clip by voting for a costume and implement in my first blogiversary post. The crazy result was published one year later, quite some time after my very first spanking clip. I also wrote about my first film-making experience with Pandora Blake. The clips are still to be published, but Ludwig and I will make sure that this will happen before we shut down this blog. Then there were my posts about our clip-making with Leia-Ann Woods, in which I wrote about the scary prospect and the fun of topping on camera for the first time. I also posted more and more kinky pictures of myself, like these ones taken in the snow. Taking kinky photos proved to be something I enjoy very much, until this very day. 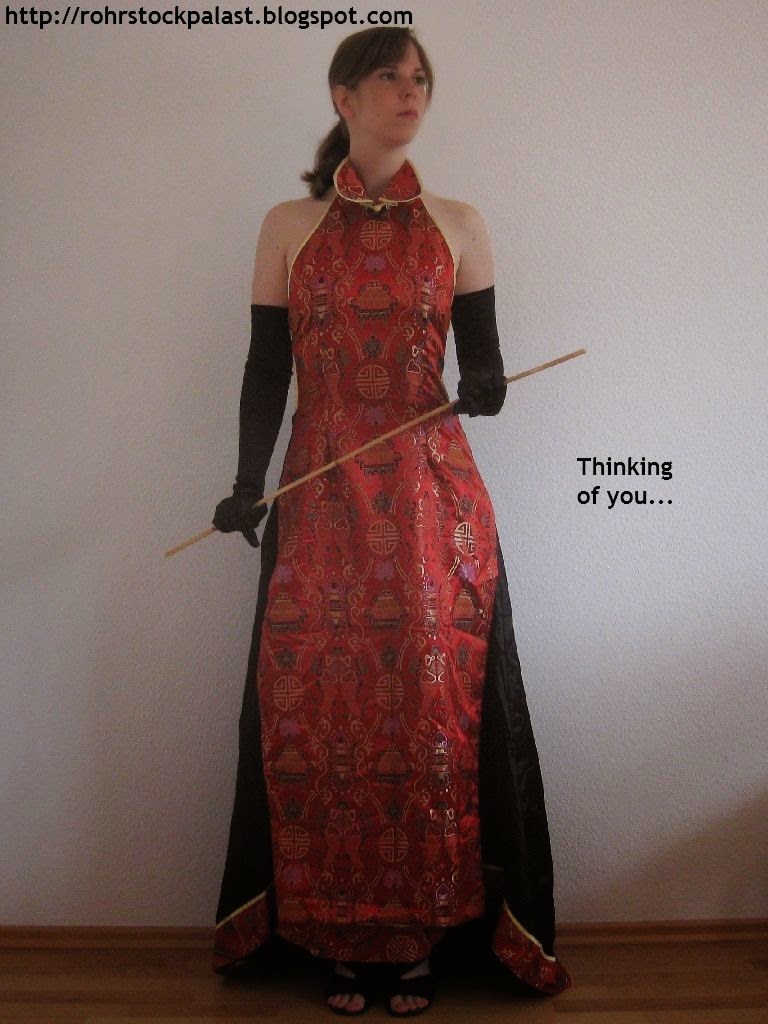 But there were also many critical discussions and philosophical ramblings about things which I had stumbled across in the kinky community that got my attention and often scared me. For instance, there was a post titled I Did That! which referred to a comment made by a top about spanking pictures showing very severe marks. That post led to a very lively and great discussion among our readers. I discussed the topic of trust from a bottom's and a top's perspective. Then I wrote about Sacher-Masoch's Venus in Furs and why the book disturbed me. Plus, there was a series of posts about the questions whether spanking could be used as a kind of therapy, whether it was okay to speculate about other people's kinks and the question whether certain lifestyles are healthy or not and what discussions about certain lifestyles reveal about ourselves. I also became part of a heated discussion on another blog and tried to sort out my thoughts in a post called R-E-S-P-E-C-T.

Altogether it was a very turbulent time. It was wonderful to meet lovely new people and quite a few of the famous spanking bloggers like Abel and Indy as well as spanking models like Adele Haze, Pandora and Leia-Ann whose posts I had been reading. But it was also quite overwhelming and sometimes I had the feeling that I didn't really fit into the kinky community. I got a bit more relaxed about certain things over time, but that's another story. 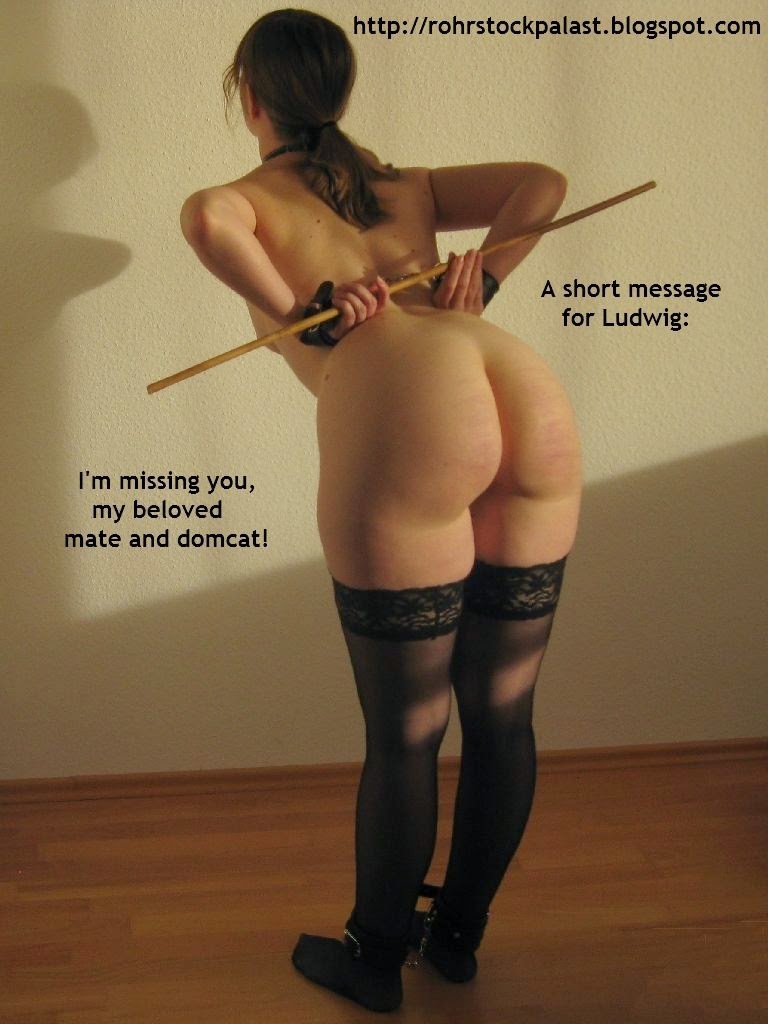 How about you? Can you remember your first steps in the kinky online and offline community? Are you maybe just right in the midst of the process? Was/Is it all thrilling and fascinating or also sometimes frightening? Please feel invited to share your thoughts and experiences in the comment section.
Posted by Kaelah at 9:03 PM

Social media, such as blogging, leaves this reader with as sense of knowing intimate things about those who contribute. I know this is incomplete. There is much more to the blogger than what is communicated on line. That said, your creative writing style leaves me with a feeling I know you a little bit. Thanks for the incite. I will miss your posts.

I think you took the plunge with so much courage, it was surprising. Publishing your thoughts about so many themes always was giving food for my own thoughts and actions.
Life indeed is a rollercaster. I have had the kink all my life, however, plunging into the scene actively happened exactly 8 years ago. But that was a big splash because I got involved into public events right from the start, no testing the waters, no practising my cane swing. That came afterwards.
Any way I am looking at it, it was exciting, rejuvenating, challenging und all around an experience I hugely enjoyed.
Now, the wild years are over and i am trying my hand at a blog and started to write stories. My first one earned me close to 10 € this year; at 13 cent per download, that is not a bad beginning I think.

@ Gustofur:
I've certainly shared quite a lot about me on this blog. Thank you for your kind words!