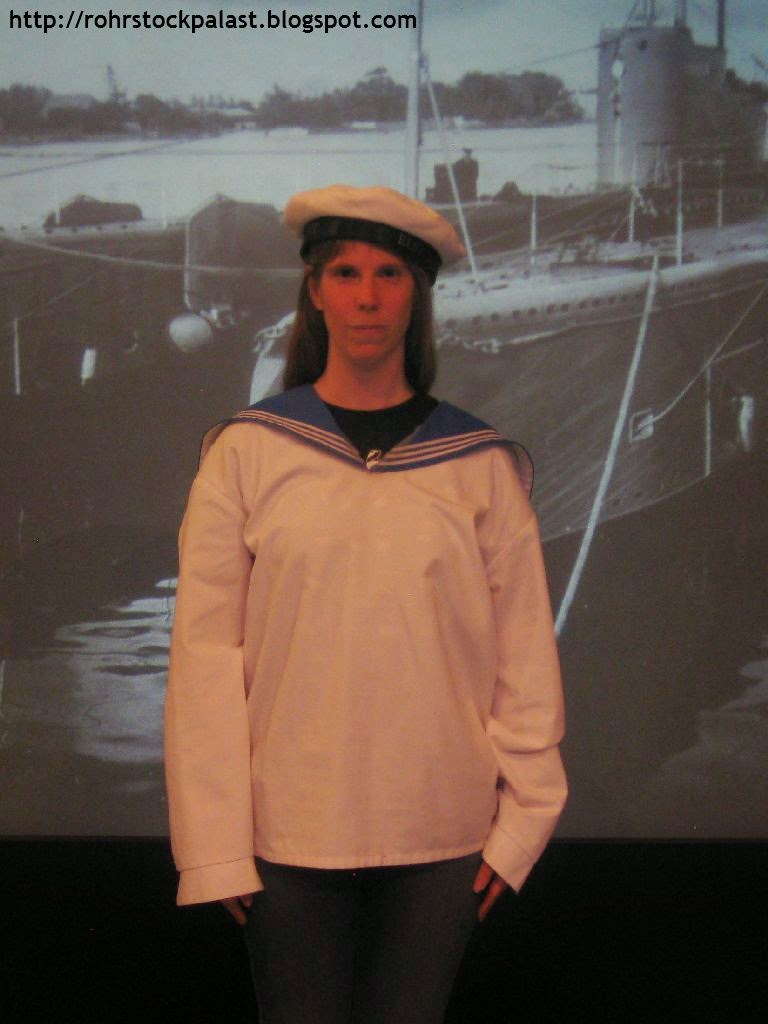 It's not a secret. I have a uniform fetish. I think it is the touch of formality, honour and power that makes uniforms so attractive for me. Plus, in my opinion most people look smart in uniforms. Maybe my crush on uniforms also has to do with the fact that quite a few books / films / series which I like and which feed my kinky fantasies have to do with them. Be it books I loved to read as a child like Rin Tin Tin or films like Police Academy or the TV series universe of Star Trek. 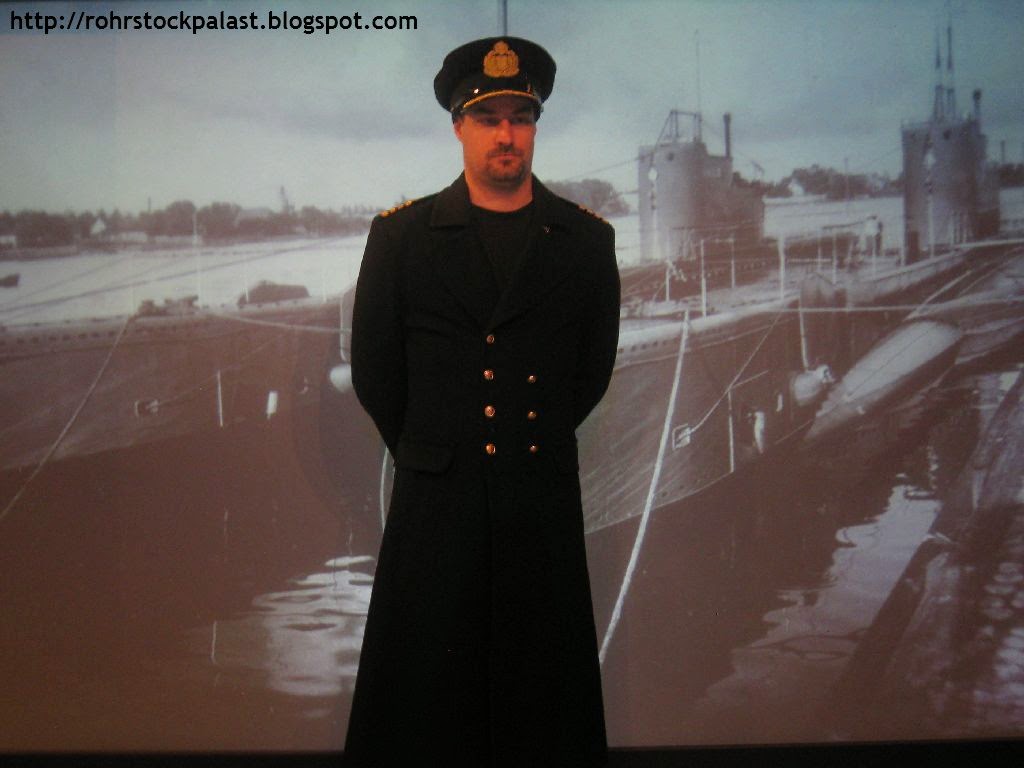 When Ludwig and I recently visited a naval museum, we came across a section where one could try on different uniforms for fun and take photos. Unfortunately we didn't wear fitting clothes underneath, most of the uniforms were a bit too big for me and the lighting wasn't too good. But I guess you get the idea from the pictures. Ludwig looks good in his uniform, doesn't he? 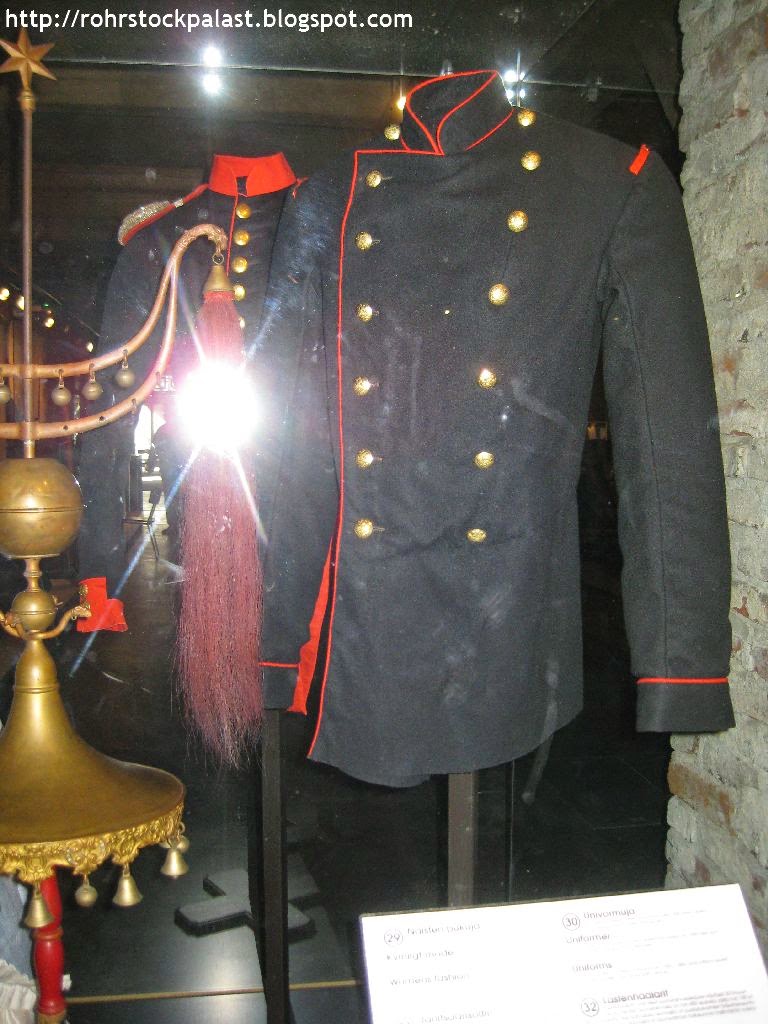 In another museum I saw the uniform above and the picture of a naval academy below. Of course I had to take photos. I wonder which kind of uniform is the most attractive one for me. Certain naval uniforms are extremely beautiful for sure. And I love kinky naval scenarios. I think a police uniform would be my second choice. 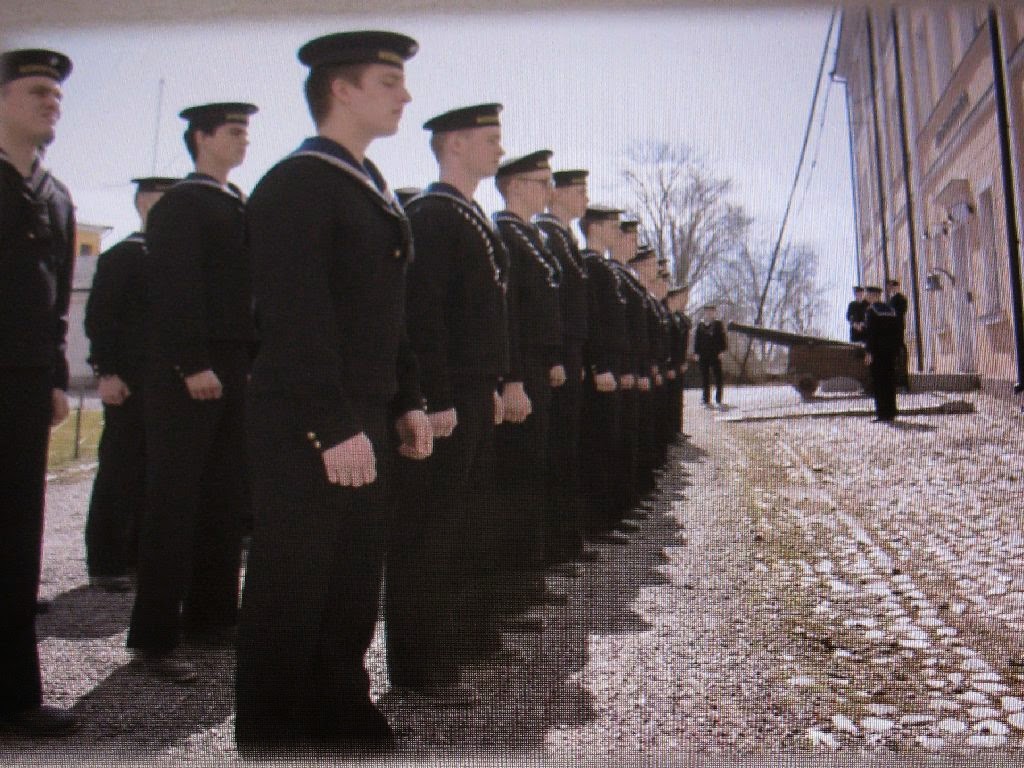 How about you? Do you have a uniform fetish? If yes, for which kind of uniforms and why?
Posted by Kaelah at 9:35 PM

Kaelah you're right about your uniform being ill fitting but I still think you look smashing in it. Ludwig looks quite threatening in his. I mentioned previously my attraction to naval settings for my punishment fantasies and a naval uniform is one of my favorites. Generally I like most uniforms especially those that carry an aura of authority. My Mistress doesn't have a great number of costumes that she can wear but has a fondness for a headmistresses gown and mortar board (with a cane in her hand of course), she used to have a judges outfit and wig but this wore out unfortunately. Costumes are not an essential part of our play but they can add a touch of excitement.

I am going to miss your blog. Will you reconsider?

@ Simon:
I have to admit that Ludwig and I are not very good role-players, so uniforms and costumes aren't an essential part of our play, either. But when it comes to spanking stories and videos, I enjoy good-looking uniforms very much.

@ Gustofur:
I guess for the moment it is a good idea to shut down the blog. But who knows, maybe things will look different some time in the future? We can at least definitely stay in contact via mail if you like!