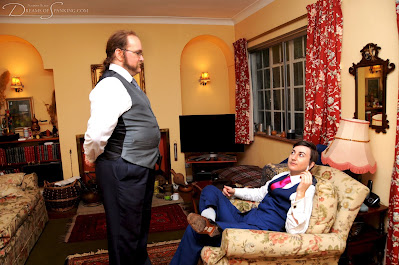 One film especially caught my eye – and the long-time readers among you won't be surprised by which one it was. It's a guest director film, produced by Charlie Forrest, who also is the bottom in the scene with Blake being the top. It is called A Spot of Bother and it's a queer M/M scenario in a historical setting. 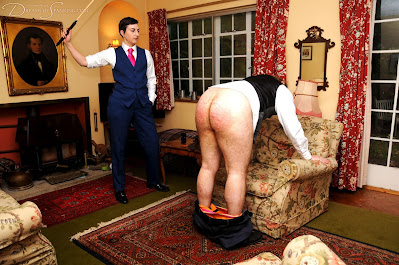 Charlie Forrest plays Blake's manservant who has been arrested for getting into a fight. Not because he is generally a rude person or because he was drunk and lost control, but because he wanted to defend Mr Blake and so did the wrong thing for noble reasons.

Still Mr Blake - who has to bail his butler out of prison - can't let his behaviour go unpunished, knowing that he would beat himself up for it for a long time to come. And so after a short warm-up with the hand, it's the ritual six of the best with the cane plus one more. After that it is time to call the case closed and go on to the lighter things in life. 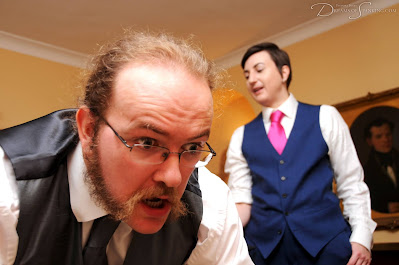 What do I like about the movie? Well, the M/M constellation, the historical setting, the fact that both bottom and top are and behave like men of honour, the consensual ritual caning and, of course, the humour. Plus, with that haircut Blake looks a bit like Wesley Crusher - which is a special bonus!

It's hard to believe, but now it is only one year to go for twelve of the best. Eleven years ago, I was still very new to the world of spanking and had just become Ludwig's mate when I wrote my first-ever post on this blog, titled A Very Warm Welcome. Publishing that post and receiving so many nice comments was a very thrilling experience!

Today our leisure time is rare and as parents of two little ones kink isn't the centre of our relationship anymore (luckily it never was the only one, but it used to be a more important part than it is now). I don't care, though, because to everything there's a season and I've got all those memories and the accompanying blog posts to look back on.

I've received very kind comments, chatted with very nice fellow kinksters, learned more about myself and even had the chance to meet some commenters and fellow bloggers in person. Thanks a lot to all of you who have accompanied Ludwig and me during those years!

And – despite the lack of time this blog is still alive. Maybe not for so many more years to come, but I am quite confident that I will make it to twelve of the best. And while kink doesn't play such a major role in our life anymore, it still comes up from time to time. For instance, I recently watched a spanking video which I enjoyed very much. I'll tell you more about it in another post!
Posted by Kaelah at 10:15 AM 5 comments: