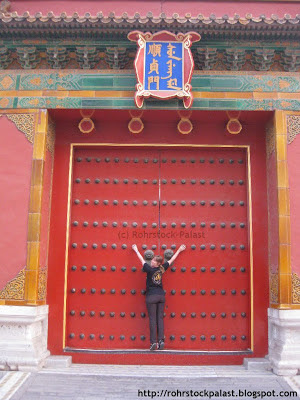 Visiting foreign countries, learning to know different cultures and getting to see famous sights and beautiful landscapes is something that is an important and special part of life for both Ludwig and me. If the whole thing gets mixed with kink – all the better! 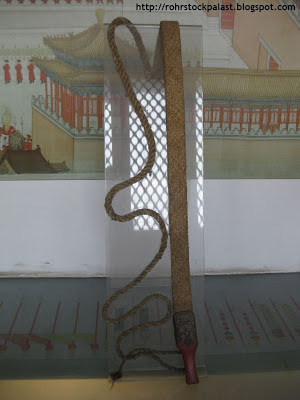 Some time ago, we travelled to Beijing and had a great albeit exhausting time to explore this interesting and busy city. Of course, the Forbidden City was a must-see! As you can see in the first photo, the entrance doors are already very intimidating and impressive. It was hard for me not to picture a whipping scene in my head in that scenery. 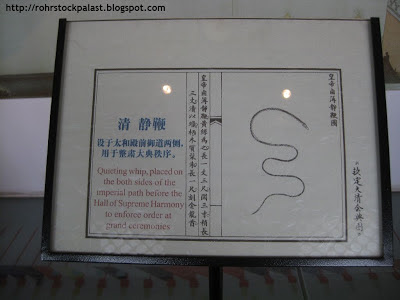 And obviously the thought wasn't really far fetched, as you can see from the artefact we came across in the museum of the Imperial Palace. I don't think I would want to try out that one, at least not on the receiving end! But the idea of having a quieting whip to make sure that the rituals at the palace aren't interrupted by someone not sticking to the rules definitely has a kinky appeal to me. 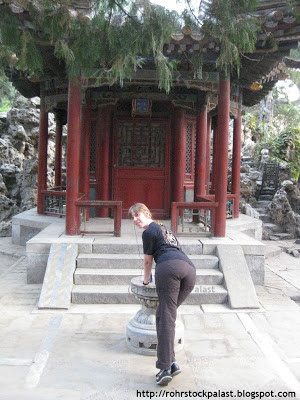 Obviously, we couldn't take any pictures which are too explicit at such a crowded place, but fortunately the Chinese love creative poses on their photos and bending over doesn't attract too much attention (as long as one's trousers aren't pulled down that is ;-) ). 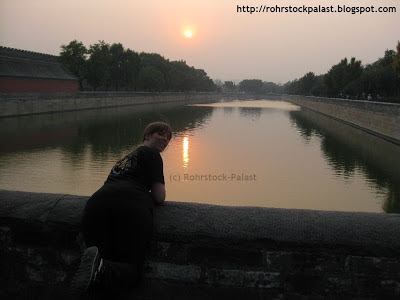 We left the Imperial Palace shortly before sunset and managed to shoot this beautiful final picture outside. It might not be a perfect pose kink-wise, but I love the way the sun reflects on the water. 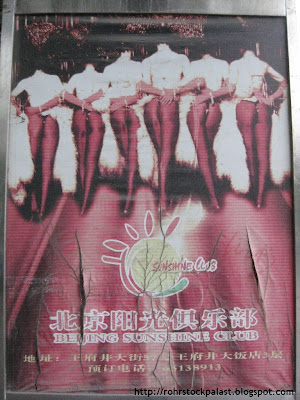 After having seen the poster above, I am actually quite confident that the Chinese aren't so easily shocked when it comes to kink, anyway. We did shoot some more kinky pictures on our trip – this time on the Great Wall! We will share those with you soon. I hope you like the ones of today's post as much as we do. We might have had sexier and more explicit ones on this site, but it is the special surrounding which makes these ones very dear to us.
Posted by Kaelah at 10:11 PM

Looks awesome! And how cool that you guys travel so much, really cool!

Glad your enjoying your trip and having fun on your vacation! The scale of the whip is difficult to perceive, How long is it - OUCH ?

Yes, Ludwig, and Kaelah, I too found China a fascinating place to visit. Especially the Forbidden Palace, which conjured up for me, all the 'kinky' going on in it's past history. Which I am sure included some 'spanking good times'.