A while ago, Ludwig and I visited the local zoo. It was a nice, sunny day and we had a lot of fun, leaving the stress of our everyday life behind. When I read the displayed information about the baboons, the following excerpt caught my attention: "They show a very interesting social behaviour: Pair grooming, yawning and exposing the corner teeth as well as flattening the ears with lifted eyebrows as threatening gestures and the ritualised presentation of their behinds as a welcome gesture and a gesture of submission." 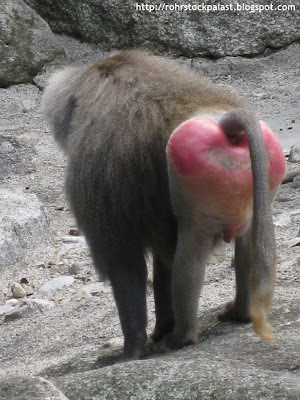 Does that sound familiar to you? The last part I mean. Yep, it seems that baboons and kinksters somehow belong to the same family. Which bottom wouldn't like to walk around with such a nicely coloured behind? The only problem: The poor baboons have bottoms that look like this naturally. So, there is no dedicated spanker needed to make it look shiny red. Which means that the baboons miss out on all the fun. 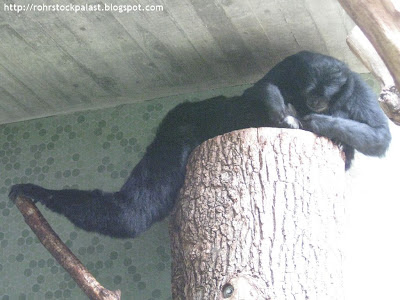 These monkeys seemed to be very bottom fixated, though. While one of them laid down presenting its behind provocatively, the other couldn't keep its eyes and hands off this fascinating area. Also a quite common behaviour among spankos, isn't it? But apes and monkeys don't seem to be the only kinky animals. Or how would you interpret this posture? 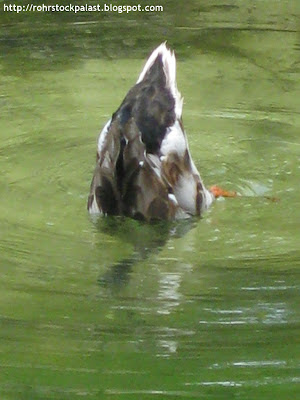 Others animals obviously prefer vanilla sex. Turtles for example. The guy on top gave a very enthusiastic performance, though. I wouldn't have assumed that turtles are capable of showing so much passion! 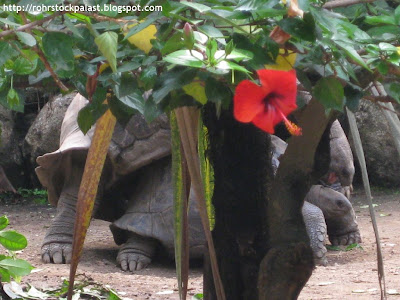 Who said the zoo is for kids only? Luckily, not all animals are purely sexually driven or even filthy perverts! So, for those of you who are shocked by today's shameless and explicit pictures, here is something especially for you. An innocent little baby duck... 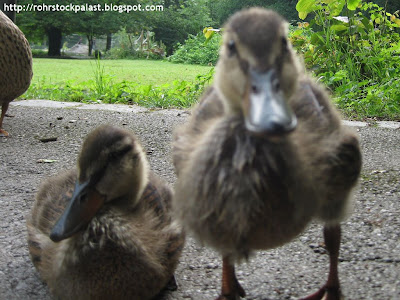 Tee hee! Some very . . . valid . . . observations ^_-
As for turtles, when I've seen them making out (vanilla, alas, as you say), they certainly give new meaning to the term "bonking". You could hear them from fifty metres away!
Btw, I don't know if you're into spanking fiction at all, but I post the occasional, usually well-received, story on my SpankingTube blog:
http://www.spankingtube.com/user/Anna29/blog
Best,
Anna

Hahahaha that was a good laugh and creative thinking :D

@ Anna:
I'm glad you liked the post! Yes, I can imagine how loud turtles can be. The interesting thing about the two in the picture was that the male turtle made some really loud moaning sounds as well. I wouldn't have expected that.

Thanks for the link to your site! I don't read lots of spanking fiction nowadays (keeping up with blogs is already quite difficult at times) but I'll certainly have a look. :-)