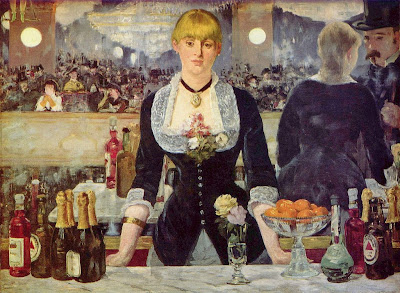 Ludwig and I found out that we both watch spanking porn as mere observers. We don't become part of the scene and we don't mentally take the position of either of the participants. Even later, when we reuse parts of a film, we usually don't fantasize about re-enacting a scene with one of the participants. It's the scenario, the position, the dynamics between the characters or maybe the look of the marks we use as an inspiration for scenarios which we either fantasize about or play out together for real. The models usually aren't part of any re-enactments, even not of mental ones.

That doesn't mean that the actors and actresses aren't important, though. Sometimes, Ludwig and I can watch spanking films for the pure eye-candy factor. But we both prefer films that involve models who don't only offer a nice sight, but seem to be intelligent and interesting people as well. If we like a model, we want to know more about him or her. So, behind-the-scenes reports, interviews or blog-writing make models and their film scenes usually more sexy and interesting for us.

Sometimes we also start fantasizing about models. Usually not about re-enacting one of the film-scenes they have done or about playing with them in private, though. If we like the work of a certain model very much, we start developing ideas for film projects which we could make together, a creative collaboration that caters to the model's and our fantasies and which allows us to meet a model we like and get to know her or him in person.

The latter is most common because I prefer to watch films where I know something about the models, mostly because this reassures me that everyone involved was expressing their actual kinks in the film (knowing this does tend to make me better able to enjoy a scene). But the better an idea I have of a performer's personality, the harder it is to mentally "replace" myself with them in the scene, so most of the time I end up replaying the scene as a voyeur rather than a participant.

It's different with scenes from written fiction or books: when I'm replaying *those* in my head, I'm much more likely to mentally replace myself with one of the characters.

I'm definitely an observer — which is to say that what I get off on is the entire scene, the imagery, the dynamic between the two participants. I suspect that's a sign of a form of switchiness — that I can take the place of either person, so don't feel pulled toward one or the other of the roles specifically.

I can sometimes put myself in the place of one of the participants, but it's not common. In fact, what I've discovered about bottoming is that it's a problem for me that it restricts what I can see of the scene. If I'm over the knee (or whatever), my ability to perceive what's happening is limited almost entirely to touch and sound, and the visual appreciation of the dynamic — seeing myself in that position, seeing what I'm wearing, etc. — is almost completely gone. I wonder if that's a factor that limits my appreciation of bottoming. The same lack of a complete perspective is also somewhat true when topping, but it's much less of an issue.

It's worth, I think, making a distinction between being an observer — in the sense that we're talking about here — and being a voyeur. Feeling like I'm part of an audience actually makes me uncomfortable. It's one reason (among others) why room parties are alien spaces for me. I do like to watch people I like play together, because it's always interesting to see how they interact, but feeling either as if strangers are putting on some sort of show, or, conversely, that they might not be entirely comfortable with me watching, is a big turn-off. Porn provides a distance that sidesteps this problem, obviously.

I'm also an observer. And as you do, I like behind the scenes takes or interviews with models as well. It's not so much to fantasize with models but to see they enjoy doing the movies. This is an important factor for me to enjoy the product.

@ PaulAtNorthGare:
Your point about bottoming is very interesting! I guess that bottoming also heightens my tactile senses, which is one of the reasons why I like it so much. Instead of thinking, I can focus on feeling. I even love blindfolds to heighten that effect. But the image of the scene is also very important for me. Without a blindfold I love to watch the scene in a mirror if possible. And I think that I also vizualise the scene in my head when I'm blindfolded or in a position which doesn't allow me to see what is going on.

@ Ursus Lewis:
We seem to be very similar in this regard! That said, I can live without behind-the-scenes reports, but I want to be at least sure that the models are treated respectfully and that they fully consent to what is happening, no matter whether they are actively enjoying it because they are kinky or whether they do it for the money.

Kaelah: it took me ages to realise how visual my kink is, but these days if I'm struggling to take a spanking, then visualising what's happening in my head, or watching it in a mirror, can *really* help me get into the zone.

That said, I'm not sure how much difference there is for me in imagining myself as the top, the bottom or an observer: in all cases the focus is my sadistic empathy and identification with the bottom. I think I'm just starting to have toppy fantasies (and experiences!) which *aren't* about identifying with the bottom, but about enjoying the thrill of their trust, but that's quite a new thing in my kink.

@Kaelah
You're right. They don't have to enjoy it, they can also do it for other reasons. But they have to do it with informed consent.

@ Pandora:
The trust given to me by the bottom definitely is a very big part of my kink as a top! I'm looking forward to reading more about your toppy fantasies and experiences in the future. You already showed a bit of your toppy side at Dreams Of Spanking (and at the SM Circus! ;-) ), and I'm sure there will be more to come.