The Readers Have Spoken 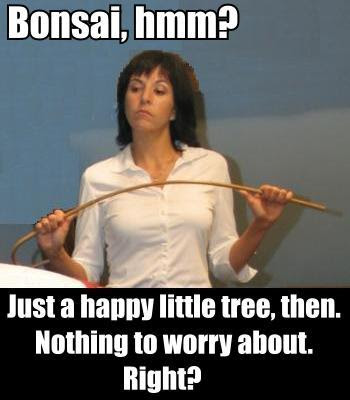 Labels: About Ludwig, Partners in Crime

Ludwig, you are the very definition of hubris. I might not have been so gleefully sadistic but for your "Nyah nyah, girls can't hit" taunts throughout the process.

But take heart: you do admit defeat well.

I never said "girls can't hit". That would have been preposterous. I can attest from personal experience that they can. As spankos, we all know that the cane, in particular, is the ultimate gender equalizer - it's all about technique, not force.

All I ever said was that *you* can't hit. Which was against better knowledge and completely in jest, of course. But you chose to take it oh-so-seriously. So who is suffering from hubris here? Besides, as you very well know, Miss Flynn, you are gleefully sadistic by nature. Don't pretend that you need me to bring it out.

That as it may be, you have won the vote and you have my unreserved congratulations on that. The readers in their own gleeful sadism have given you a golden opportunity (30 of them, actually) to show the full range of your skills. Let's hope you don't disappoint them.

Great :-) If Lupus can be of any help, we will do it with our werewolf-style ;-)

I think Niki is quite capable of the werewolf-style without your help. Besides, I thought Lupus didn't do FM? ;-)

But I'll gladly take a role in one of your films as a top if you like. In light of how many pirated movies I help you guys find and delete, that wouldn't even be undeserved.

I offeder things like editing and post-processing the resulting video and hosting it on our servers, if needed.

Quote: 'and most of them are cruel ungrateful bastards'

Flattery will not get you anywhere, Ludwig... ;)

Honestly, the thought you had put the 30-stroke option there without being ready to take it never crossed my mind. There is such a thing as honor, I believe.

I have to say I've been more intrigued by this whole affair than I thought I would be. I kept (keep) following the blog posts and cross-posts with glee, as you eloquently put it.

Considering all the circumstances and your pathetic attempt to avoid the Bonsai bruiser, I think justice has been done. Thinking of you and your forthcomimg suffering from my Thai hotel room ...NOT!!

Now see, now you are taking the final result and our impending discipline like a Gentleman. A manner which is far more becoming than that of the taunting that made me change my vote in the first place to the harder option.

I shall look forward to filming it for you and watching you accept each stroke with as much dignity as you have in this post.

Congratulations on your impending demise!
swfloridabrat

This is just like "Mr. Smith Goes to Washington."

Power to the people!