Time for another novelty on this blog, a book review. I wanted a classic for the first one, and my choice of author came down to the Marquis de Sade or Leopold von Sacher-Masoch. For a sadist like me, the natural choice would have been to start with the Marquis. So I decided to review Sacher-Masoch first - I can't just do the obvious, can I?
Leopold von Sacher-Masoch (1836-1895) was an Austrian writer from Galicia, then part of the Habsburg Empire. Most of his literary output consists of folkloristic novellas in the Slavic tradition, and he was quite successful with those during his lifetime. Of course, his most famous work today is "Venus in Furs": a story about a man so infatuated with a woman that he becomes her slave and begs to be abused by her in increasingly cruel ways. Since its release in 1870, it has been reviewed a thousand times. I don't presume to add anything in terms of literary criticism - there is a lot of great material already out there.
But let me give you a summary of the plot for those who really haven't heard it before: it opens with a framing story about a man who dreams of discussing love with Venus. The goddess is wearing fur - ostensibly to protect her from the earthly cold, but more importantly, as a symbol of female power and cruelty (that fetish pervades the entire book, of course).
The unnamed narrator mentions the strange dream to a friend, who gives him a manuscript titled "Memoirs of a Supersensual Man". It tells the story of how the friend, Severin, once met a young and rich widow named Wanda von Dunajew. He was in his twenties at the time and had always had a fascination with despotic women. He falls in love with Wanda, who reminds him of a Greek Venus statue, another childhood obsession. But when Severin asks to marry her, she hesitates and suggests a one-year probation period instead. In time, Severin begins to tell Wanda of his "strange part", as he calls it, his fantasies of being whipped, tormented and eventually betrayed (the ultimate humilation) by a woman he worships.
Wanda is liberal and hedonistic, but not a despot herself, so she is neither shocked nor attracted by the kinky ideas. She wonders if she really loves Severin enough to marry him, anyway. When he realizes this, Severin offers to become her slave instead, to suffer whatever she does to him if only she doesn't drive him away. After some reluctance, Wanda agrees, because "it would be rather entertaining to have a man, who interests me and loves me, completely in my power."
They sign a "slave contract" and travel to Italy, where Severin poses as Wanda's butler, taking the generic Russian servant's name Gregor. Wanda gets progressively inventive in torturing and degrading him, but while Severin's deepest fantasies come to life, all is not well. He is unable to deal with Wanda's numerous admirers and grows especially jealous as she begins to fall in love with a stereotypical masculine Greek war hero, a man who awakens her own desire for submission.
I'm not giving anything away by telling you that the relationship ends badly, very badly - Severin says as much at the beginning of his story. Wanda ends up betraying him in a wickedly humiliating way, which serves as a reminder of the old adage: be careful what you wish for, it could come true. Severin is cured of his submissive "strangeness" and becomes a tyrant himself, returning to his family estate and torturing his servant maids. He believes that true equality between man and woman is impossible. A man has only one choice: "To be the tyrant over or the slave of woman. As soon as he gives in, his neck is under the yoke, and the lash will soon fall upon him." Severin, on his part, has found that it is better to be "hammer" than "anvil".
A rather sobering end, the kind you often find in Sacher-Masoch's stories. Disappointment seems to have been a constant factor in his life. The reasons for this are complex, but lack of kinky play is certainly not among them: actually, his exploits are legendary. It goes without saying that the author was himself "afflicted" by the fantasies he describes so vividly and acted them out quite a lot.
Sacher-Masoch loved to be tied up, degraded and punished by voluptuous ladies dressed in furs. He submitted himself to intense physical pain, dressed up as a domestic servant, played a hunted animal, always sought out new roles. He signed slave contracts, too - actually, my edition of "Venus in Furs" includes two of Sacher-Masoch's real contracts which make for interesting reading in their own right.
Still, he resented having the psychological kink "masochism" named after himself. Presumably because, as a generalization, it put him into a group with various people and fetishes he didn't have a lot in common with. As well as that, Sacher-Masoch feared that the medical term would become more famous than his own literary work. Which it did, of course. Today, the average vanilla person can give you a (more or less accurate) description of what a masochist is, but they stare at you blankly when you mention the name of this obscure Austrian writer. In this regard, history was kinder to the more glamorous Marquis de Sade.
A pity, because "Venus in Furs" is one magnificent book. Personally, I think it is required reading for every kinky person, enough said. Those of you interested in the philosophical and psychological framework should also look into Gilles Deleuze's landmark essay "Coldness and Cruelty" about Sacher-Masoch. I don't agree with all of his insights, but they are never less than thought-provoking. 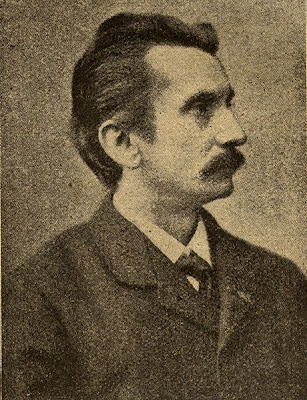 Thanks, Ludwig-- this was really interesting. Will Rousseau's Confessions make an appearance later?

I'm not sure about Rousseau. His autobiography is certainly an interesting read, but I don't think that it can really be counted among the works of kinky literature. I'll probably confine myself to books that stick a bit more closely to the subject.

Actually, before I came up with the pseudonym Ludwig, my spanking community nickname was "Rosseau" (without the "u", though - I have a habit of misspelling his name for some reason). He was a philosopher and into spanking, so it seemed an obvious choice at the time. But I abandoned the name because I was never fully happy with it, and I got tired of having to explain to people that I'm not French or Swiss.

Fascinating post, Ludwig. Sorry this is late, but I've only just now had the time to read it. It's one I flicked through in college, just reading bits here and there, but I couldn't relate it to the way I could de Sade's Justine. Now I might find it far more interesting. Should probably be in the library at any rate.

Sorry - the previous post should say "couldn't relate TO IT..."

Was distracted by a hare in the garden!

There isn't much in Sacher-Masoch's universe that I can relate to myself. It's all quite different from, and even alien to, my own kinky mindset.

Obviously, he's a bottom while I'm a top. But it goes deeper than that. I switch, so that side isn't totally unknown to me. It's just that Sacher-Masoch's obsessions and desires are very different from mine, regardless of whether I'm top or bottom.

Basically, he seeks a woman to worship, one who is so perfect and ideal that she isn't really human anymore - literally, a goddess, a Venus. He wants to be her "martyr". The woman herself becomes a fetish, a cult object, an idol. Severin, the protagonist, seems less interested in the women themselves (as real people, as personalities) than in their roles, i.e. what they do for him. Actually, he explicitly says so at one point.

Consequentially, it doesn't seem to bother him too much that Wanda isn't really a top by nature, that he has to repeatedly beg her to be cruel to him. He's not so much interested in the real Wanda, he's after his transcendental female ideal and tries to shape her into that. That's the irony of "Venus in Furs", that the slave is the one corrupting his mistress, not vice versa.

Of course, the project fails and ends in disappointment for Severin. I doubt that Sacher-Masoch ever found his perfect cruel and powerful goddess in real life, either. With demands like that, which no mortal woman can fulfill, you are bound to be let down, and it only makes sense that "Venus in Furs" ends on that note.

Moreover, Severin is such a wholehearted and compliant submissive, it's almost boring. He is every bit the devout worshipper. The novella is full of him kissing Wanda's feet or embracing her legs. There is no resistance from him, no rebellion, no spirit. Towards the end, he manages a bout of jealousy-fueled courage, but it's too little, too late. Wanda leaves him because he has become uninteresting to her.

I would have left him, too - Severin is a far cry from the submissive I'd be interested in. His mindset is also totally different from the one I have when I switch. I'm not looking for a goddess, not even for an authority figure. I'm looking for a playfully cruel sadist.

The main point is: top or bottom, I find real people, and the psychology and complexities of real people, far more interesting than abstract objects of worship.

Nonetheless, I believe "Venus in Furs" belongs in every kinky library. It's not the kind of book I can fully immerse myself in, obbiously, but it's still a great read. It is beautifully written, has a very powerful finale and undeniable historical value.

As well as that, it's not particularly long (140 pages in my paperback edition), so an avid reader should be able to finish it in one or two sessions. Try to get an edition that includes Deleuze's essay, which alone is worth the purchase.