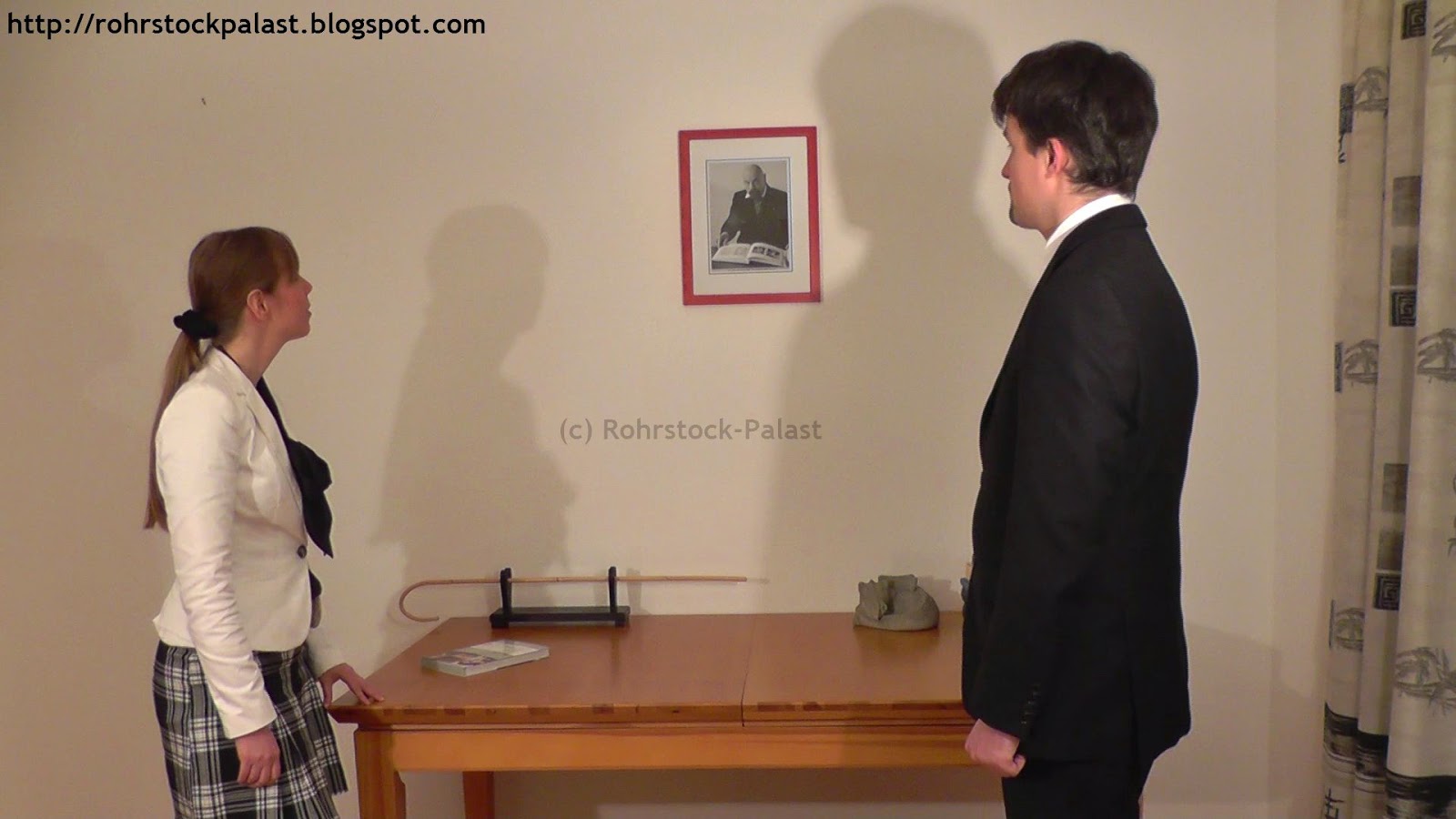 Hope all those of you who enjoy this holiday had a great Valentine's Day and those of you who don't celebrate it had a nice weekend nonetheless. Ludwig and I did none of the typical things couples do on Valentine's Day. No overpriced flowers, no chocolate (we've been working on getting rid of the one or other pound and becoming fitter during the last weeks and don't want to spoil the results) and no Valentine's dinner in an overcrowded restaurant.

Instead, we stayed at home and worked on a new kinky clip the whole weekend. We had toyed around with a certain storyline for a few weeks and decided that this was something we wanted to bring to life before closing down our blog. It actually took us about twenty hours of preparation and filming because we wanted to get it perfectly right. 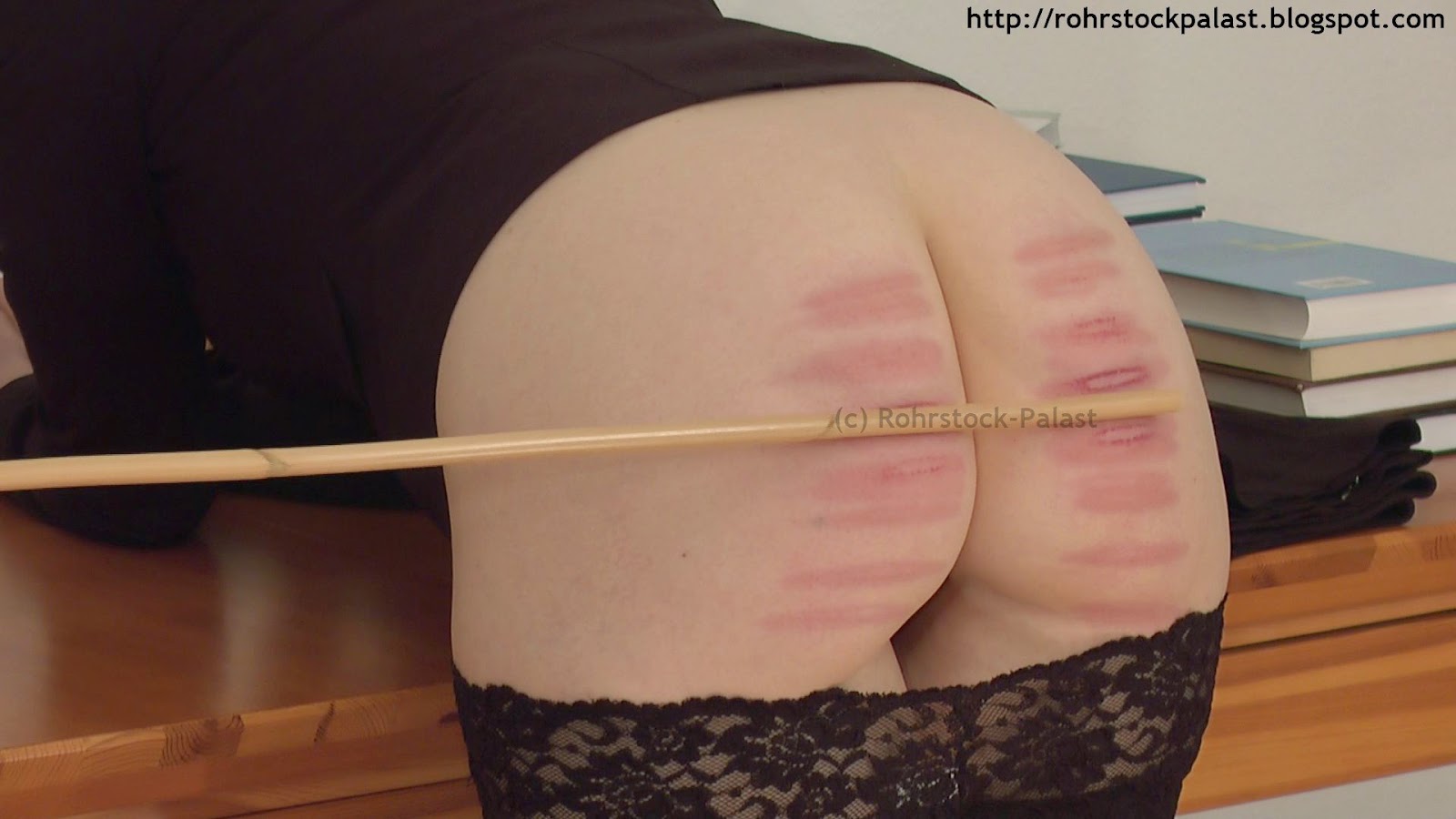 I guess one could say that this is far too much effort for an erotic clip. It's much more than professional producers can invest, because for them time is money. But then again, they have people working behind the camera, which means they are much faster than the two of us. We set the scene, position the cameras, do the acting, and then check the footage to see if everything looked okay. Then we repeat the whole process for the next scene, then again for the scene after that... I suppose most viewers won't even notice all the details, like a character wearing two different ties in two scenes which are supposed to take place on different days. Or the little quotes we put in as homages to spanking and mainstream films we like. But, these little things matter to us, so in my opinion it was a good thing to invest that much time.

It's the first time we used two full HD cameras, so the footage will be much sharper than our older clips. Since the action was proper enough as well and left some dark red cane stripes and welts on my rarely spanked bottom, I suppose this will also satisfy the "I don't care for storylines, I am here for the action only" faction. I have to admit that I am very happy with the resulting footage (which happens rather rarely) and I am looking forward to editing and publishing the clip. Which will surely take some time, given that we have about seven or eight hours of raw material. 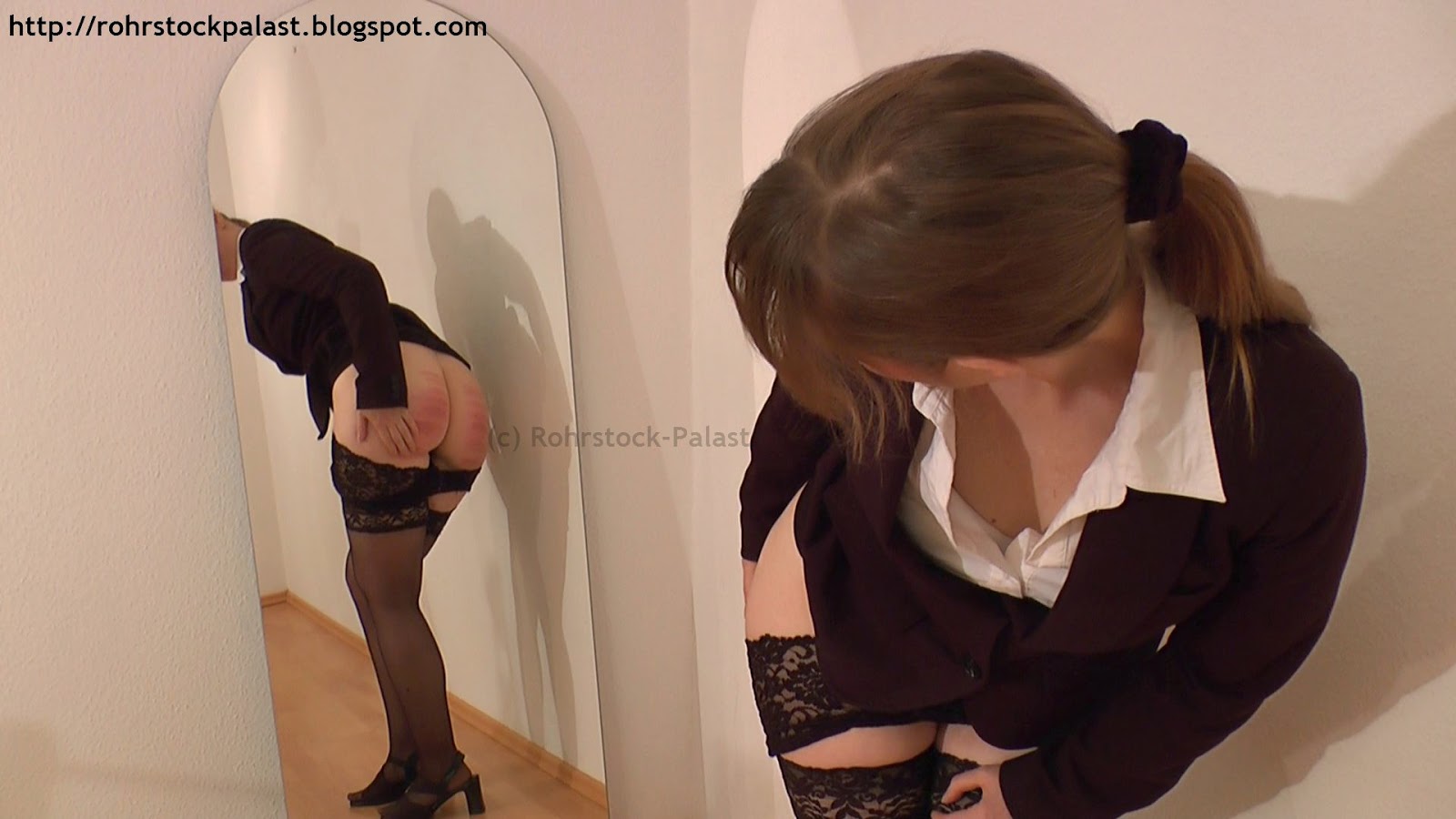 In the meantime, I hope you enjoy the first brand new screenshots and a short introduction of the scenario: Edward Tillinghast leads a very traditional all-male university. When the board makes the decision to experiment with new ways and appoint the first female professor, he is surprised and delighted to discover that the new member of staff is none other than his old university friend Patrizia Hartmann. But what about the students and the “old boy's club”? Will they accept the new professor as well? And how about the regulations for CP which is still administered at this university? Should a female professor hand out CP as well? Will Patrizia decide to learn how to wield a cane? Quite a few questions which the board hasn't really thought through. Questions that will soon be answered after Miss Hartmann's arrival, though!
Posted by Kaelah at 11:53 PM

Good work you guys. I am looking forward to seeing the results of your efforts. I am sad you will to be blogging any more. It is one of the best and you are two super people who will be missed.

How and when are we likely to see it ?

seems that the closer to closing, the better your blog gets.

Please please don't hurry!
The longer it takes to edit the film, the later this blog will be closed!

So this is MY ideal constellation for the future: the new film will not be published BEFORE Kaelah & Ludwig have shot enough footage for another one. And so on ... ;-)

Absolutely, chocolates and dinner out on a crowded holiday are terribly overrated when you could take the time instead to film such a delicious production... :-)
Looking forward to it, although it is with mixed feelings, as you mention that this would also be the end of your blog. Well, nothing lasts forever, and all good things eventually come to an end.
Best wishes for whatever you do next.

@ tommy tucker:
Thanks a lot for your kind comment! This clip might actually be the last one that we are going to publish before closing down the blog. So it will surely take a while before you can see it. There are still a few other clips to come and the editing of this clip might take quite some time, given all the footage that has to be sorted out!

@ Our Bottoms Burn:
Thank you!

@ Val:
Thanks for your kind comment! I am quite positive that closing down the blog won't mean that Ludwig and I will completely disappear from Blogland. But as you said, all good things come to an end, and sometimes it is time for a change. We still have a few clips to publish, though, so the blog won't close down too soon.

Given that you've posted this comment under the wrong post, I don't know which clip it is you are trying to download. In any case, they are all on uploaded.net and the procedure is the same.

You do NOT need to install any program to get the clip.

Also be sure to untick any pre-selected boxes that select a "download manager". I never get this from uploaded.net, but apparently some people do.

I realise that one-click filehosters like uploaded.net have their annoyances. But, since Kaelah and I do not have a server of our own, they are our only means of sharing our video files with you. If some people can't get the download to work, they can still watch the clips on Spanking Tube, where they will all be available eventually.

@ Anonymous:
The site Ludwig talked about is www.spankingtube.com. We will write a post about it when the videos have all been uploaded to the site.