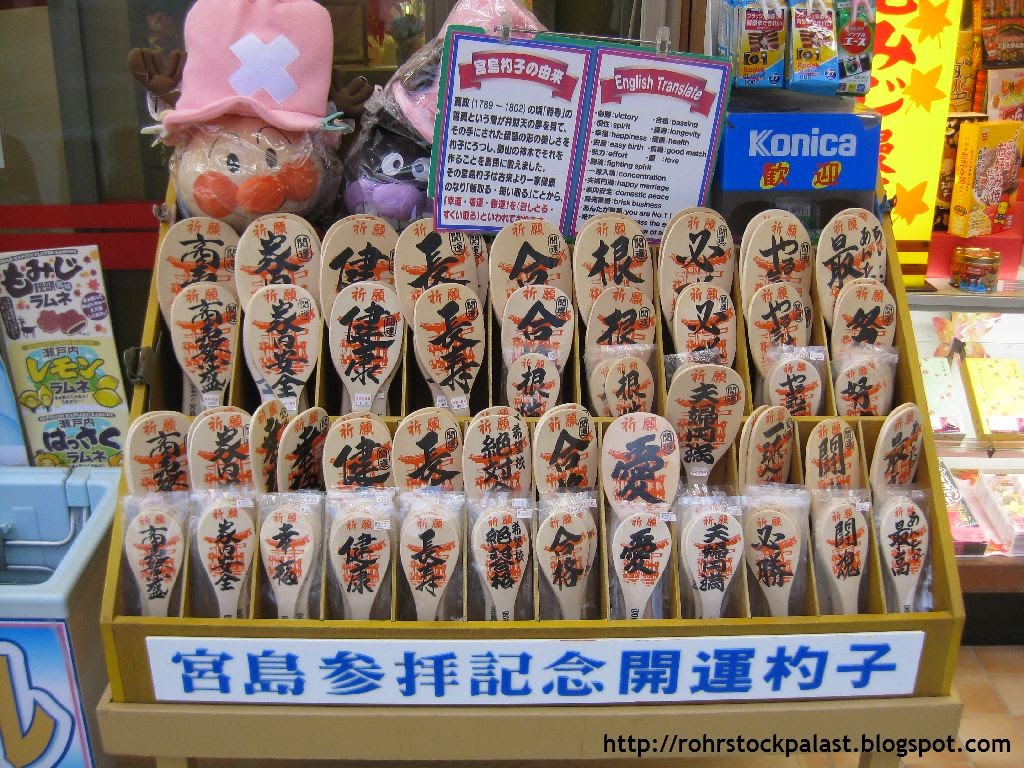 This is the fifth part of our series about our trip to Japan. Here are the first four parts: part 1, part 2, part 3 and part 4. Today's post is about an excursion to Miyajima, a beautiful island on the coast of Hiroshima.

Miyajima is a wonderful place to visit with Buddhist temples and Shinto shrines, good food and nice little shops as well as deer and hiking trails with stunning views. We spend most of our time hiking but we also tasted the great food and took a look at some of the little shops. 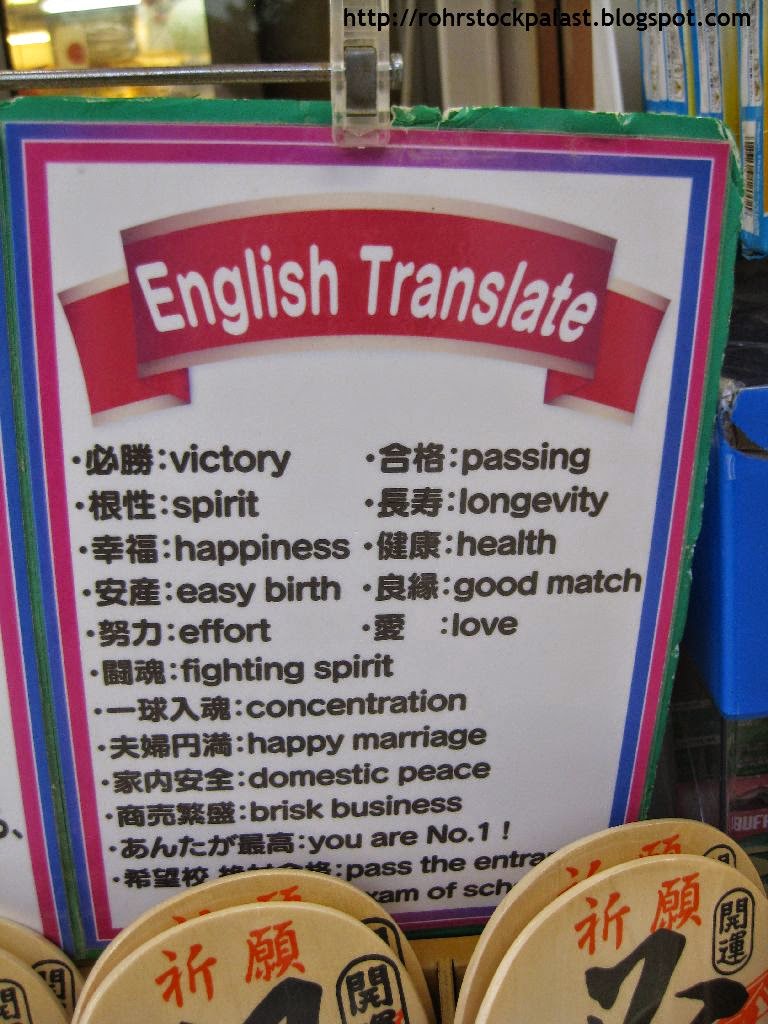 And there it was, a collection of nice little wooden paddles, all imprinted with different Kanji wishing their owners luck, health and so on. Of course we couldn't resist buying one! And the inscription "happy marriage" seemed like a very suitable choice, even though Ludwig and I aren't officially married. 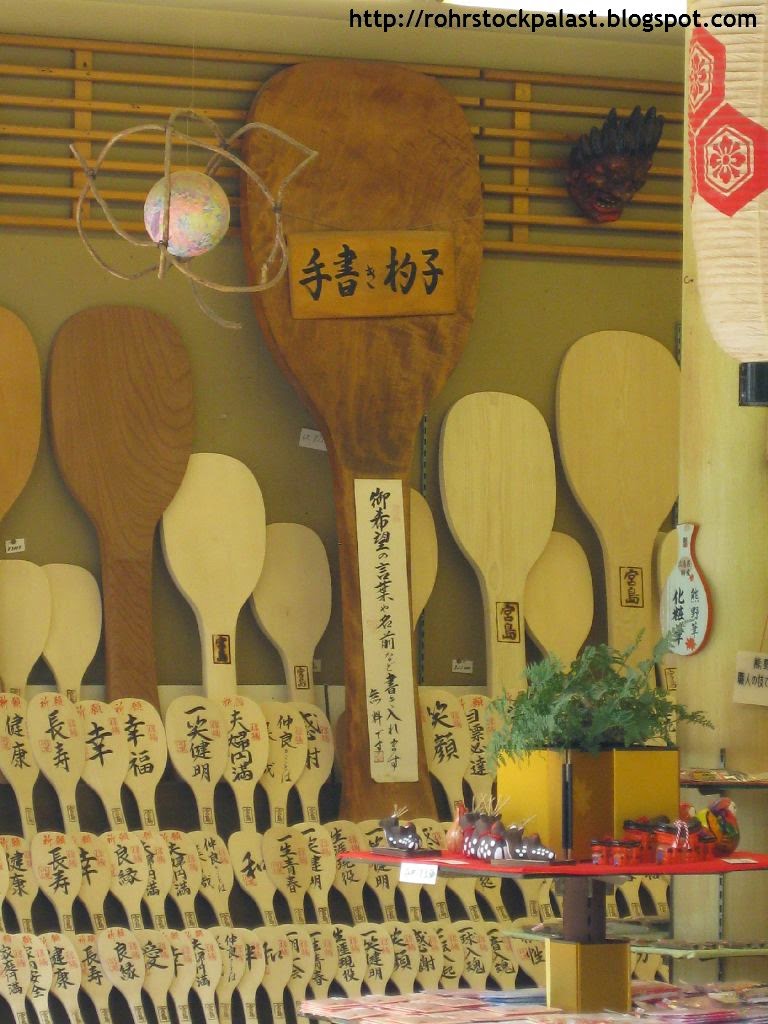 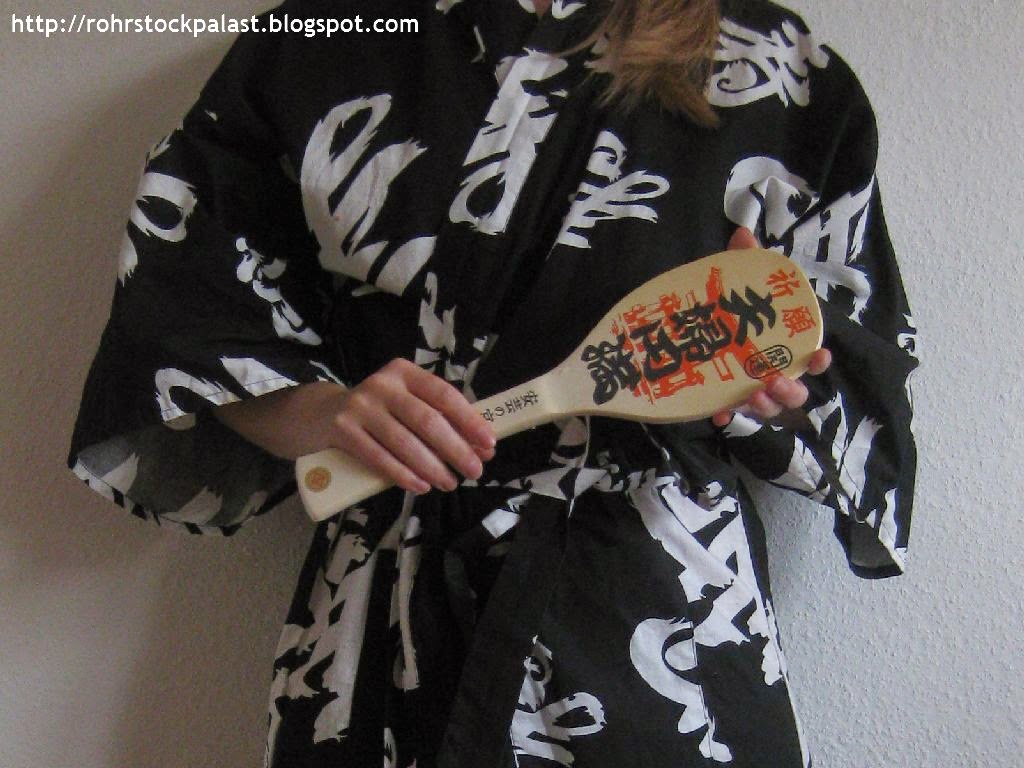 And wow, the little thing is a really stinger! I couldn't resist to try it on Ludwig, first. The picture above shows the result of a little try-out session on my behind, though. As you can see, the paddle produces a nice red shade. May our paddle from Miyajima prove to be unbreakable for a very long time to come, just like the memories of our wonderful holiday and our love and care for each other! 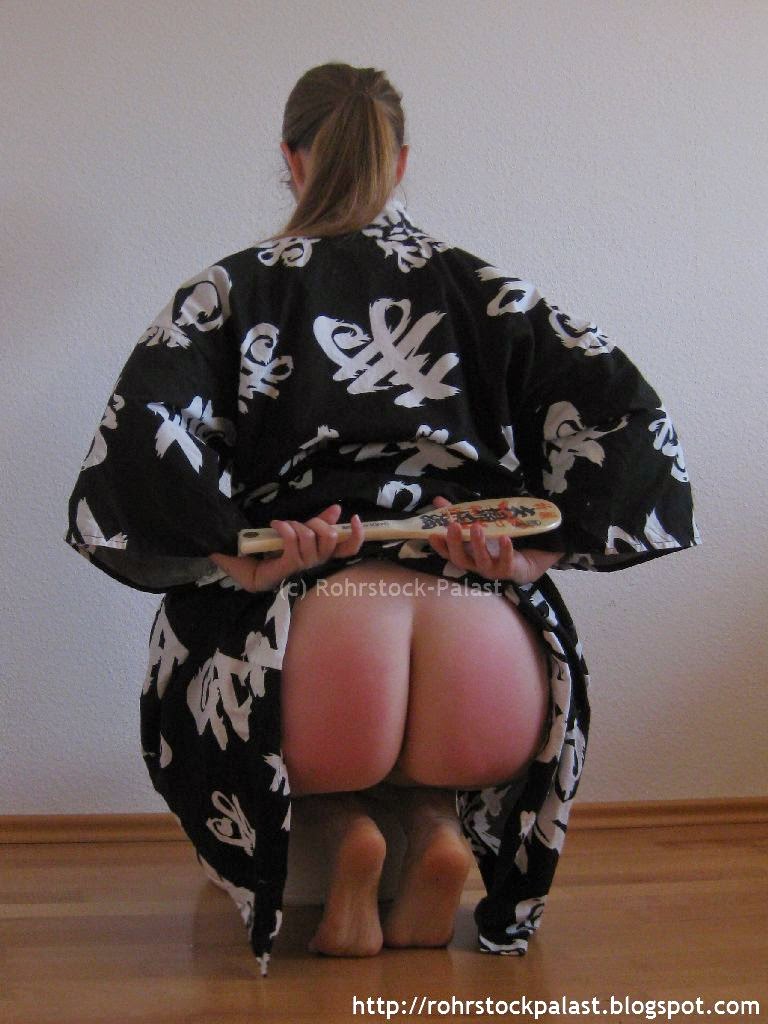 Which inscription would yo have chosen for your own paddle? One that is available in the paddle store or maybe a completely different one?
Posted by Kaelah at 10:05 AM

The inscription on the paddle should say, "May this paddle, make your bare bottom, blush the color of pink forever"

...the idea for this paddle was surely influenced by Shintoism

Totally ignorant of the reference. Could you expand on it?

@ sixofthebest:
Nice idea for the inscription. Thanks for sharing!

@ Our Bottoms Burn:
I have to admit that I didn't really know what the connection to Japan's indigenous religion was exactly, but I was quite sure that there must be one, since Miyajima is famous for its Shinto shrines. I looked it up and it turned out that the "paddle" is actually a rice scoop! And it has indeed a connection to the Shinto religion. Here is what I found:

"Some time between 1789 to 1880, the priest Seishin dreamed of Benzaiten one night. He was sympathic toward the difficult lives of the islanders. He then imaged the musical instrument, the Biwa, and decided to make the rice scoop. He also taught the islanders how to make the scoop. It was the beginning of the Miyajima rice scoop. Because there were not many souvenirs for visitors who came to Itsukushima Shrine, it became very popular, and soon spread across Japan.

Now rice scoops are mass produced and they are mostly made of plastic. However, the old style still remains, and each scoop is manually planed one by one in Miyajima. The grain with its superb style and smooth texture and the beauty of the shape are amazing. Rice does not stick as much to hand made scoops, and the smell does not spoil the food. The materials are selected carefully, and polishing is repeated once before they are soaked to make the wood fibers stand out for the second polishing.

You will find that the rice scoops in the souvenir shops are very big. Some are bigger than 2 meters. These are used as talismans for good luck, victory, business prosperity, and a safe household.

The first rice scoop in Miyajima was made more than 200 years ago in the Kansei period.
The soldiers were called up for service around Japan to be dispatched from Ujina port in Hiroshima. They wrote their names on the scoops and dedicated them to Itsukushima Shrine. When they came back from the battle, they picked up their own rice scoop as a souvenir to take home in commemoration of their victory. It literally meant to ‘scoop up the enemy’. Now it also means ‘scoop up fortune’ and is popular as a lucky charm.

No matter how big the scoops are, there is little difference in the procedure to make the scoops. A special plane is used to make every curve gentle. A warmly shaped scoop as big as a palm is filled with the craftsmen’s passion for their work."

@ Klumarer:
Happy you liked the picture!