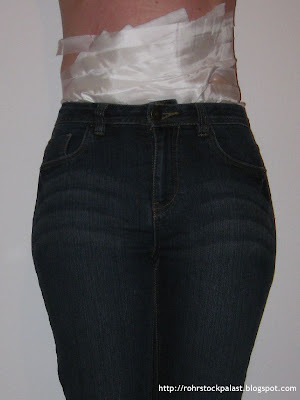 AS usual you've come up with a very interesting question.

With pain that I know is coming, that I can mentally prepare for and brace myself I can usually be preprared for. LIke when I got my tatoo (a smallbutterly on my lower tummy!) I could breathe through the pain, embracing the feeling and not let it bother me unduly. I don't know if this was as a result of being kinky and having some play previously (wasn't fully out in the scene but had played relatively hard) or id that's my naturally reaction to pain I can prepare for.

I haven't had very many instances of feeling that kind of the pain. The most was a root canal at the dentist where again I tried to embrace the pain and breathe through it, focussing on the end goal.

However with sudden and inexpected pain like stubbing my toe I am the opposite. I shriek the place down and it feels like the worst pain imaginably!

So maybe it's not being kinky per se, but having a good idea of what pain feels like and being able to prepare yourself for it, whislt also knowing it will soon be over and you'll feel better.

I agree with Emma. If you know pain is coming, and you know why, you are able to prepare yourself for it, whether is is a spanking or a medical procedure. Unexpected or unexplained pain is quite a different story.

I also believe that being used to receiving pain prepares you well for handling more of it, and I like your description of how you endured your ordeal with the laser.

I know for sure, as I had more bottom plays when I came out to the scene, my pain tolerance was higher then it is now, as I don't play that often on the receiving end anymore.

Or with other words, I believe the body learns how to take pain, but it also forgets with less training.

It probably does not matter what kind of expected pain it is. If you are more used to take it, you are better prepared.

I haven't had much in the way of play pain, but I've found that the whole accepting it and working with it works well. Unlike the comments about though I find this works just as effectively with unexpected pain like a stubbed toe. It might take a second or two to do it, but it's in the same 'category' in my mind.

I seem to have two categories pain is in. There is the sharp external pain like running into the wall or getting hit, and then there is the duller internal pain of something like a headache or a menstrual cramp. And none of those tricks work for the latter. At least for me.

@EmmaJane:
Yes, you are right, having the chance to prepare for the pain is an important factor, as well as knowing that it will end soon! I guess knowing that I can achieve something positive by enduring the procedure helped a lot as well. Which was probably similar with your tattoo session and your visit to the dentist (horrible situation nonetheless).

@ Hermione:
Indeed, unexplained pain tends to scare me much more than explainable one, except of course if the explanation is that something is horribly wrong!

@ Ursus:
I've heard from several people that their pain tolerance increases when they play regularly on the bottom side. I've never really played regularly, so I don't know whether that would be true for me as well. But I guess knowing from my albeit irregular play that I can take a certain amount of pain at all already helped me to stay calm.

@ Morgrim:
For me it works for neither of the two. I might be able to take both kinds of pain (running into a wall or a headache) without shrieking (the wall is more difficult), but I'm definitely not relaxed in either of the situations. I guess it only works for me with pain that I have to endure in order to achieve a certain goal...

Are you sure it's not just your martial arts training? ;)
If this is true, I wonder if being insensitive to novacaine as a child has increased my tolerance as an adult. I remember having my teeth drilled without anesthetic a couple times (thankfully, modern drugs work better!). The strange part about that was that it basically didn't hurt very much until the dentist hit the nerve, and it was really hard not to jerk at that sudden onset of pain. After that, it was okay, and I'd just close my eyes when I needed a break.

Eww, having just gone through that, I can't imagine it's helped much with spanking-- I'd have an iron bum if it had!

Hmm, quite frankly Tai Chi doesn't involve so much pain (except for some of the warm-up exercises and when holding positions during the learning process), but don't tell anyone... ;-)

From my point of view your experiences at the dentist would make for a fantastic storyline for a horror movie. Ouch! I only had one little hole in one of my teeth so far and I didn't need any anaesthesia during the resulting treatment. To my mind the injections at the dentist are better avoided if possible, anyway. But this was only a little hole! I had other teeth surgeries which would have been impossible for me to endure without some shots. Not having a chance to get them if one needs them sounds really horrible. I'm glad to hear that the modern drugs work for you!