Movie Review: A Note for Absence 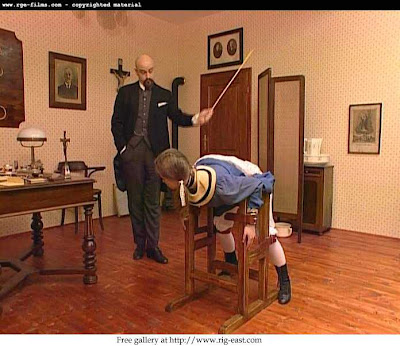 Just to add an extra note of trivia that might be of interest. Maria Dolezalova was one of the young people kidnapped by German forces after they destroyed the Czech town of Lidice. She was selected as "racially valuable" for Aryanization under the RuSHA (Rasse und Siedlungshauptamt) or Main Race and Resettlement Office, a central organization in the implementation of racial programs of the Third Reich.

There is a photo of her (easily googled) taking the oath as a witness at the Nuremberg trial. She does look like the actress in this video and is wearing a similar uniform too.

Thanks for that info, Valdor. I've studied World War 2 in considerable detail and I know about Lidice, but I didn't know the story of Maria Dolezalova. It's interesting (and very sad).

I should have googled it while writing the review, actually. Lupus Pictures always have little tidbits like this in their films (one of the reasons why I like them so much), and I was fairly sure the name meant something, but I didn't check it right away (the review was already overlong as it is!).

The moment I saw Maria's pretty face I had to see this movie and I was very happy I did. I have it up there as one of my all time faves of punished students in Lupus. Great review Ludwig. I enjoy your blog very much.