Ten Per Cent Is Not Nothing 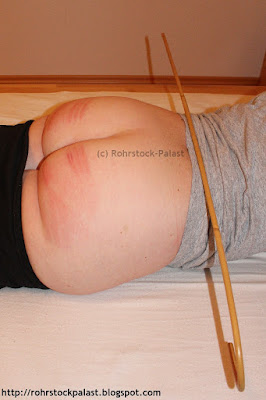 A few weeks ago, Ludwig and I had a little discussion. We had to pay a bill and the question was who would pay how much of it. As you all know, we are married. But we still haven't thrown all of our money together. Instead, we share the costs for our daily lives and the things we buy depending on what it is. Sometimes it's 50/50 (travel costs, for instance), sometimes only one of us pays (because it's something only one of us uses), sometimes we share costs according to our current respective income (living expenses), and so on.

I suggested that we should share the costs of said bill 50/50. Ludwig suggested a different formula which he considered to be more fair given how much each of us had used what we were paying for. "Hey, you just want to save money!" I jokingly complained. "According to that formula, you'll end up paying far less than half!" Ludwig maintains that I said "you'll end up paying almost nothing", but I disagree. In any case, we didn't discuss the topic in more detail or make a final decision, as we had other things to do. The sum concerned was small and it wasn't such a big issue, anyway.

Ludwig couldn't resist using the situation for a scene, though. A bit later he called me into the bedroom and put me over his knee. As he spanked my bottom, he asked me what the highest number of strokes which I ever got with a cane was. I replied that it was 50. So, he asked me, ten per cent of 50 is how much? I said something about being blonde and not knowing the answer. He didn't buy it and spanked me more. So, I finally answered that the correct tally was five.

Happy with my profound maths skills, Ludwig announced that he would give me five strokes with the cane to show me that "ten per cent is not nothing". I protested that I had never implied that he wanted me to pay the whole bill. I had just said he obviously wanted to pay less than half of it. Quite frankly, I was of the opinion that according to the formula he had suggested, Ludwig would have had to pay more than ten per cent, maybe about twenty. But of course I didn't tell him that, given the situation I found myself in...

I couldn't argue Ludwig out of his plan to cane me, though (surprise!), and so I hesitantly followed his order to fetch a cane after he had let me stand up. There were only unpeeled, crook-handled ones in the wardrobe, and so I took out one of them. It was a thin dragon cane. Big mistake, since I don't like sting! I bent over the bed, still grumpy because it was all so unfair, and Ludwig told me to pull down my pants and knickers.

I did as I was told and Ludwig took aim. With a crack, the first stroke hit the target. I moaned and hissed and bent my knees under the stinging pain. We hadn't played in a long time and I wasn't used to the pain anymore. I told Ludwig that. He didn't seem to mind (which top doesn't enjoy getting some reactions for his hard work, right?). But he gave me time to recover before the next stroke hit my poor bottom. I struggled through that one and the next two, feeling a bit sick from the pain, even though the strokes were only moderately hard.

Anyhow, I had made it through four of the five strokes! Only to be reminded by Ludwig that the last one is always the hardest and that he had been quite nice so far. So I prepared myself for the final stroke which produced a hot burning stripe on my derriere. Again I groaned with pain and struggled to deal with the breathtaking fire on my bottom.

Ludwig really seemed to have enjoyed himself (in contrast to me). Of course he couldn't resist closing the scene by asking me what I had learned today. Well, I might have been beaten, but obviously I wasn't beaten - if you know what I mean. Because despite the risk that came with my answer, I replied: "I've learned that ten per cent of 50 is five!" Ludwig and I both cracked up laughing.
"Hey, are there any stripes to see?" I asked. "Yes, indeed!" Ludwig replied. I looked in the mirror and saw five dark red lines on my bottom. Now my kink returned. While I might not enjoy being spanked that much anymore, I still like taking pictures of spanking marks. "Let's take a picture for the blog," I told Ludwig. As I already said, we had lots of other things to do, but Ludwig agreed nonetheless and fetched the camera. Thus I can not only tell you the story of the spanking, but you can see the resulting marks as well.

The marks were visible for a few days, but fortunately not for too long, because I had a doctor's appointment. Well, I suppose I have learned even more from that day. Not only is ten per cent of 50 five, but one should also always be very careful about which cane one chooses - especially when being out of proper practice as a bottom!
Posted by Kaelah at 9:37 PM

“… I mused whether I am not really kinky anymore, or at least not a real bottom.”

There have been a dozen or so times over the years when my head has intruded during a spanking, paddling, caning, etc. and I found myself asking what I was doing and why I was doing it. During those moments, it all seems incredibly wrong to be subjecting myself to this. I find it difficult to alter that attitude once it has interrupted the activities. While I am in that head space the whole activity seems insane. I am not looking forward to the day when that head space becomes my permanent residence.

Thank you for sharing. I’m always happy to see a new post from you.

Intrigued by your m/m fantasy Kaelah.

You fantasise about being a man and caned? Is that because you want to be caned very harshly? Given orders like a man?

Sounds like an interesting way of getting into the right headspace for a session.

@ Domhnall The Second:
Thank you very much for sharing your experiences! I think that the desire for special kinky activities and sexual activities in general varies throughout our life. And in my opinion our kinky preferences can change and evolve, too. I suppose I am more of a top now than I used to be and less of a bottom. Plus, this is a time in my life where sex in general doesn't play such an important role than it used to a few years ago. I suppose that my sex strive will become stronger again some time in the future, though, and I also think that some kind of bottom fantasies will always remain. No matter how much your kink and your fantasies will change, I keep my fingers crossed that it will all go into a direction that makes you happy at the time!

@ Anonymous:
Thanks for your question! I've written down my thoughts on the appeal of M/M spankings here: http://rohrstockpalast.blogspot.com/2012/03/appeal-of-mm-spankings.html
I hope you will find the answers there.