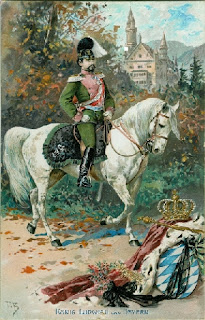 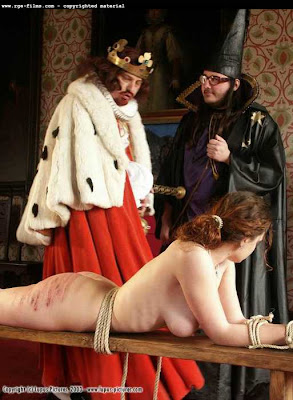 Welcome at last to the blogosphere, Ludwig! If you need a harem dancer, you know I'm always on call. I look forward to reading all your mad ramblings!

I'd been wondering if it was *that* Ludwig you'd named yourself after :)

Nice to see you blogging, Following your comments on other blogs over the past year leads me to believe that this blog will contain some interesting and quality content.

Nice to see you take the brave leap of having your very own blog! As you know, I have been enjoying your loquacious commentary for almost a year now. I have fond memories of my time in Bavaria, even visiting Neuschwanstein castle which I still consider to be one of the most beautiful places in the world. I'm looking forward to enjoying whatever weirdness a sick bastard like you will come up with. :-) Best of luck to you and your blog, and don't take any crap from the censors!

Thank you all for your good wishes. Especially to Niki and Adele, because blogs such as yours gave me the inspiration to try this. I'll do my best to come up with some interesting stuff for you all.

I'm having a lot of fun writing and thinking about ideas already, and the only thing I regret is not having started sooner. But that's just the way I am - my usual "project gestation period" is even longer than my average comment.

How beautiful can a ransom be for a king. Having a beautiful woman's bare bottom before him, to be caned. And caned well.

Thank you Ludwig, for allowing me to comment on your most entertaining 'spanking blog'. Thru the future years that are coming. Keep up the good work, so that spanking enthusiasts like me, will have a 'spanking good time', forever.