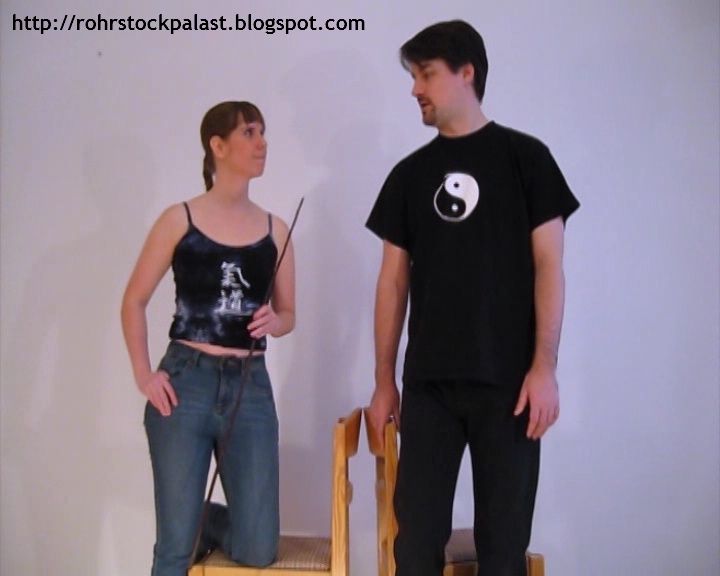 As I already told you in this post which also gave you a glimpse of the resulting marks, we finally got around to shooting last year's Love Our Lurkers Day clip. I edited the clip as quickly as possible, and here it is!

As some of you might remember, you had the chance to vote whether you wanted to see Ludwig or me on the receiving end of the LOL Day spanking. I got more votes and so my bottom was on the line for the clip. Since we underestimated the number of commenters and especially the number of real delurkers, we offered two strokes with the hand for every recurring commenter and three strokes with a switch for every first-time commenter. That resulted in a total tally of 62 smacks with the hand and 39 strokes with the switch! Thank you very much to all of you who took part.

Since there were so many participants this time, we decided not to read out all the names aloud. We included them as subtitles instead. So, if you want to know which strokes are "yours", you can download the high quality or the low quality version with the subtitles here:

Once you have downloaded the file, unpack the .zip package and put the clip file and the subtitle file in the same folder. Most video players will then automatically show the subtitles when you play the video. 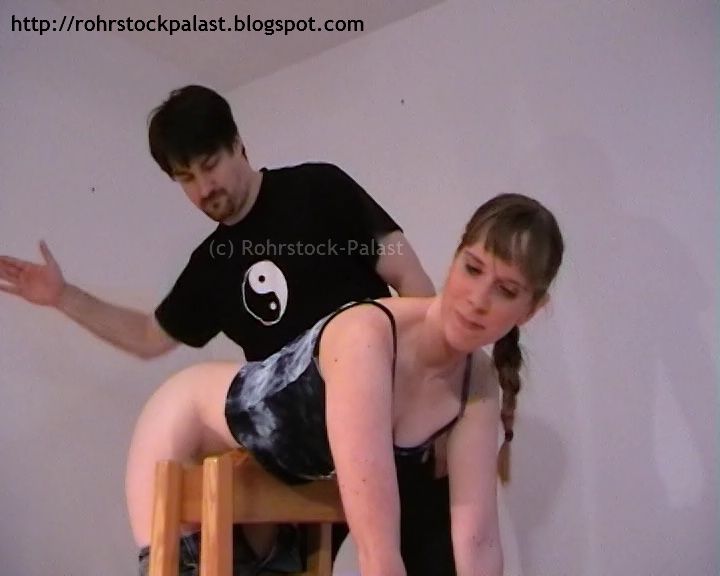 The switch that I cut was rather heavy and the switching got quite severe towards the end. Switches tend to hurt a lot, but often don't leave intense marks. This one did, though. So this clip should also satisfy those among you who, like Ludwig and me, prefer spankings which are a bit more towards the severe end of the spectrum.

The marks are completely healed by now, though, so there is no need to worry. And, since the severity increased over time, I reached that wonderful state of empowerment that I often seek in my kinky play. We hope you will enjoy watching the scene as much as we enjoyed making it! 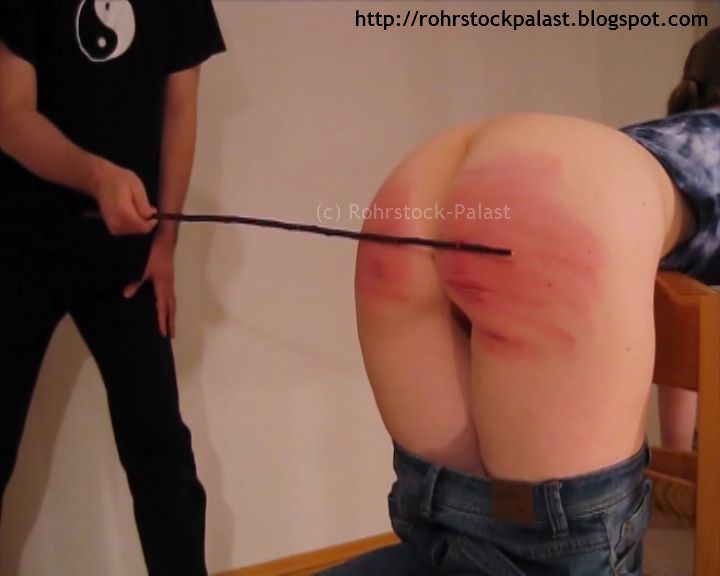 A switch is nasty. Thank you for sharing video.

I did not watch this yet, but the pic looks nice.
My LOL post is titled 42. That is the number of spanks I got...lol

Thank you for sharing your switching with us, Kaelah.
In our "Spanking Gerichtshof" the Hazelnut switch is one of the most feared implements along with the birch and the cane.

I hope, the marks are gone, already.

Very nice clip. When you said that you were planning on using a switch I had in mind something thin and whippy. But this switch was more like a cane in thickness, while still being very whippy. Kaelah was clearly feeling every stroke! There were very nice marks at the end of the switching.

I voted for Ludwig to be on the receiving end and hopefully this year, that'll be the outcome!

Oh what a nice clip! Kaelah, I feel proud to having contributed to 3 of the lovely stripes on your beautiful bottom. I hope you enjoyed receiving them as much as I did watching (and yeah, I am quite convinced Ludwig enjoyed administering them...)

@ Lanie:
I hope the download worked and you managed to watch the clip?! We had some problems with the file hoster and the file format initially, but now everything should be very easy and work out fine.

@ Joey:
I absolutely agree! Switches are nasty. Very whippy and lots of burn. Still I somehow like them, especially the slightly heavier ones like the one we used for the clip. I enjoy the ritual of cutting and preparing them as well as the marks which they produce.

@ Julia:
42 is quite a number, especially given the implements DH used! I clearly underestimated the number of commenters when I decided that we should offer to take two swats with the hand for each recurring commenter and three strokes with the switch for each real delurker! I have to admit that I very much enjoyed the long spanking, though, and the gradual build-up to a proper severity level that left some visible marks for the viewers. :-)

@ Donpascual:
Yep, the switch is an implement one shouldn't underestimate! I enjoyed the scene very much, though, and the marks are gone now, so everything is fine. :-)

@ Spearthrower:
Yes, I think switches are usually thinner. But, as you rightfully said, the one we used was still very flexible despite of its thickness and I definitely felt each stroke! In contrast to a lighter switch it left more visible marks, which I liked very much. I am happy that you enjoyed watching the clip. And I wouldn't mind seeing Ludwig on the receiving end the next time, either! ;-)

@ Lionheart:
Thanks for your kind comment! I very much enjoyed the switching and I am sure Ludwig enjoyed administering the strokes as well.

Oh, and I forgot. I would have thought that the victim of having to go out and cut a switch for getting a punishment would have chosen a much thinner one if he/she wanted an easy way out. Something tells me that you Kaelah, are not one of those people... ;-) The best wishes to both of you!

Thanks for sharing. I would have looked a little longer for a thinner switch. Yikes.

Sorry for the late feedback. Although I downloaded the clip last week, I didn't really have the time to watch it until yesterday.
I really did enjoy the clip, it is well made and I love your reactions to the switching, very brave and restrained, just how I like it (as you probably know).

Wonderful clip - your best yet! Love the no-nonsense format and the minimalist set. The obvious chemistry between the two of you is always a pleasure to see as well. I bet Kealah perfers the seats in DB’s new ICE cars for riding home after that one!

@ Lionheart:
I indeed chose the switch on purpose, because it leaves more interesting marks and because I enjoy a certain level of severity in spanking videos, but also because I prefer more severe dull pain to less severe stingy pain. :-)

@ Our Bottoms Burn:
As I already wrote in my reply to Lionheart, I chose the thick switch on purpose. Not only because I wanted a certain degree of severity, but also because I prefer dull pain to stingy pain. :-)

@ Fenris:
No need at all to apologize! As you can see, it even takes me a very long time just to reply to comments at the moment. I am very happy that you enjoyed the clip!

@ Eric:
Thanks a lot for your comment. It's interesting to see how preferences vary. I am quite sure that some people find the clip boring because it doesn't feature any costumes or fantasy storyline. I am very glad that you like the clip so much!

@ Anonymous & Lanie:
Thanks a lot for informing us! I am sorry that the link doesn't work any more. We will have to upload the videos to another provider and change all the links. That might take some time, though, because Ludwig and I are both very busy at the moment.

I really love the pictures, but the link (uploaded.net) seems to be broken. :'-(

@ Anonymous:
Unfortunately we have to newly upload the clips from time to time because the links don't work permanently. Thanks for your kind comment and for informing us that the link is broken again! We didn't have the time to fix it, yet, but we'll keep it in mind and try to solve the problem in the upcoming weeks.