When you publish your own spanking pictures or videos online, you can be sure that someone will repost them within a day or two. Kaelah and I are happy with others using our stuff as long as they give credit to us, which some people do and some, rudely, do not. Here is a picture that was reposted without giving credit, but on the plus side, whoever took it added his own creative spark to it: 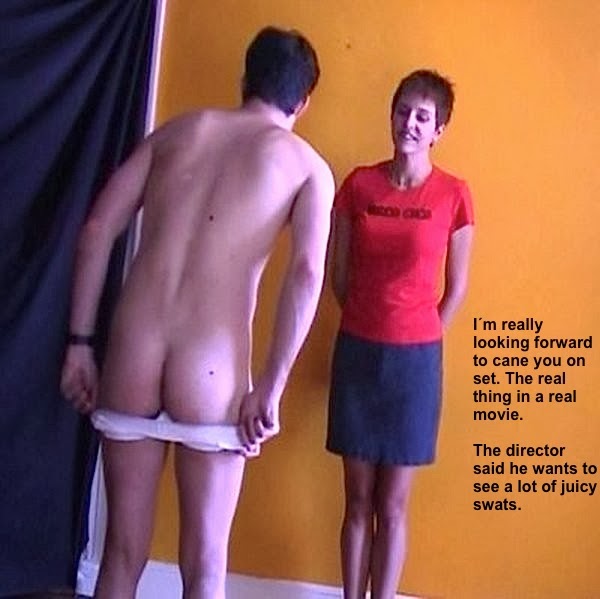 There is a guy out there who takes F/M pictures from various sources, including this blog, and then puts his own text on them, making up a scenario or a scene in his own mind. I don't remember his nickname, and since he did not give credit to us, either, I do not feel obliged to look it up. Kudos for inventiveness, though. While most of the Tumblr blogs out there just mindlessly repost other people's work without any comment or originality whatsoever, he is putting his own spin on what he finds.

The above picture is from the Ludwig's Comeuppance video I made with Niki Flynn. Apparently, the same blogger is also a fan of The Football Bet starring Leia-Ann Woods, Kaelah and me: 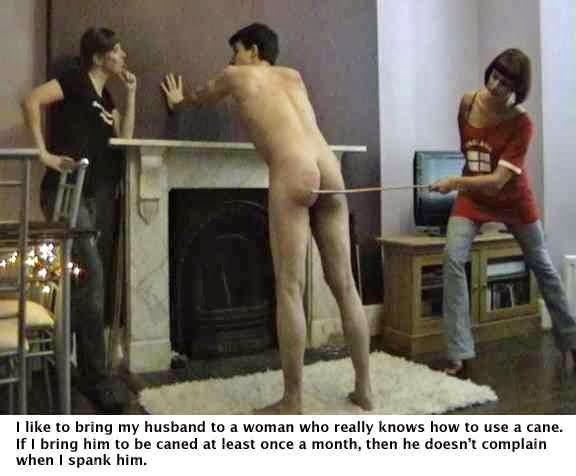 Here, he imagines Kaelah and me in some kind of dominant wife / submissive husband relationship. A few year's ago, when I wasn't in the online community for as long as I am now, I might have been bothered by someone else taking a picture of mine and reinterpreting it as something very different from what it originally was. I might have thought to myself, damn, I am not the submissive husband type at all. Kaelah and I are both switches, and both in our kink and outside of it, we have a relationship on an equal footing that is totally different from what this guy makes it out to be. So this is a distortion of sorts.

Today, I think very differently about this issue. I am not bothered by people using a picture of mine and spinning off their own, very distinct fantasy from it. I have come to realise that, obviously, this has nothing to do with me. I am the guy who happened to create the original picture and who is on it, but what that other person does with it in their imagination is not about me at all. I am simply a source of inspiration in this context, or fantasy fodder to use a more blunt term. And I am fine with that. 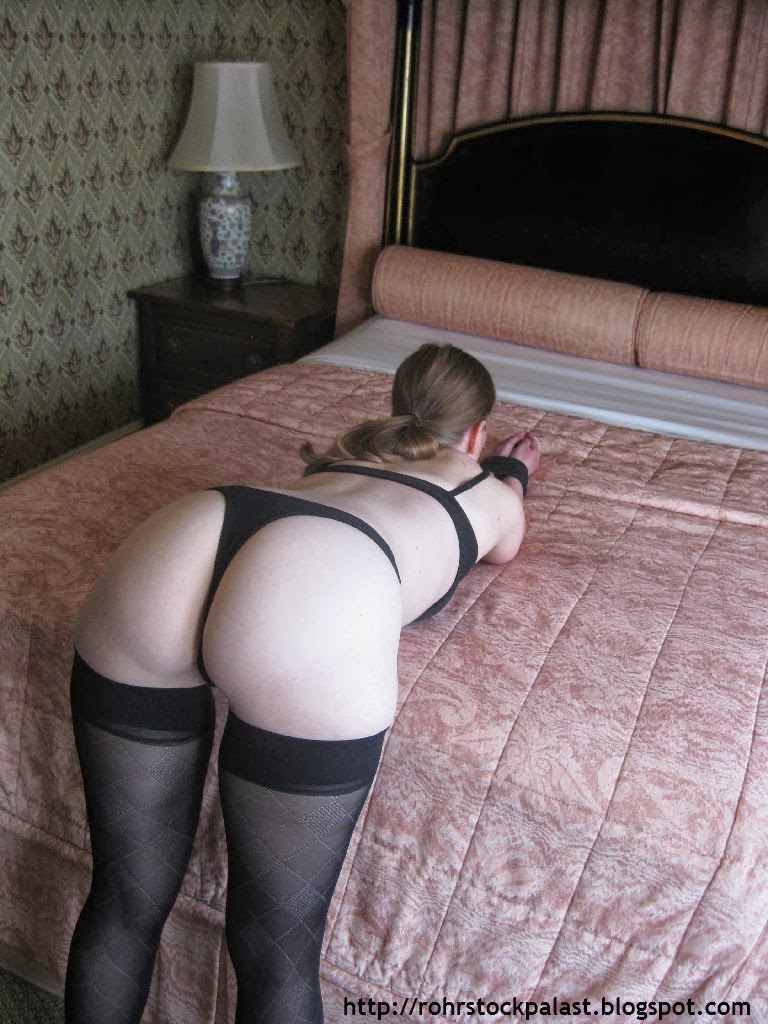 Our M/F pictures are also reposted many times. The picture above, originally from Kinky Hotel: The Bedroom, seems to be among the favourites, with one blogger commenting: "Sent to clean the room and make the bed.  Now she waits as instructed. Good pet." Other times, Kaelah is re-cast as a "dutiful secretary" or "cheating wife". As you can imagine, there are also plenty of crude, lecherous remarks, like "doggy style that phat ass" or "preferred position ass fuck". We have a good laugh about those. A few years ago, Kaelah would have been a tad miffed by such crassness, but today she takes it as a compliment of sorts. As I keep telling her, people obviously like her ass, or else they would not post pictures of it. 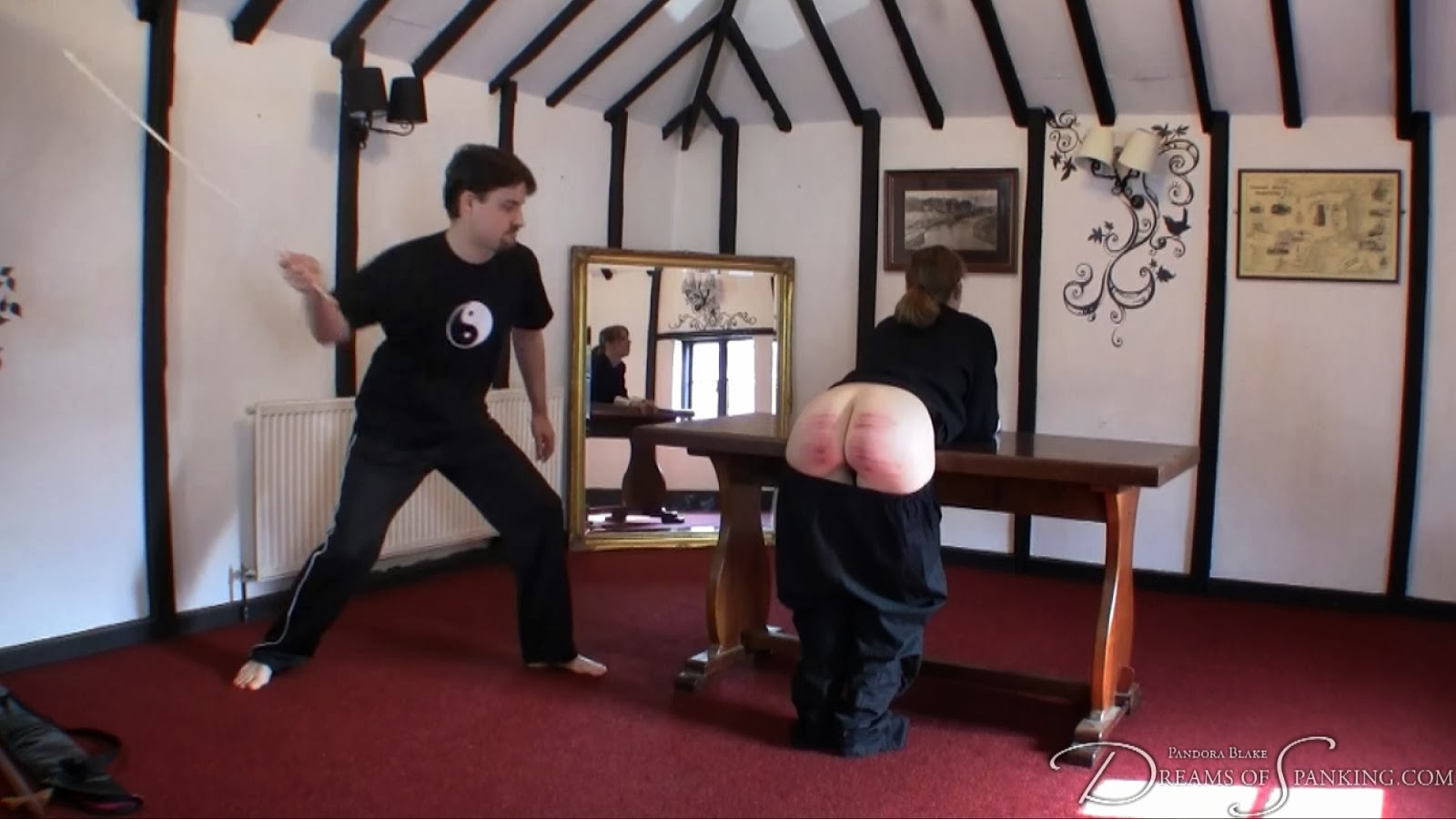 Speaking of fuelling people's fantasies, you still have until the end of Tuesday (German time) to make a vote on our upcoming Global Day of Delurk 2013 video. For each commenter who votes for Kaelah, she will take a cane stroke, and for each commenter who votes for me, I will take one. First-time commenters count as two cane strokes. So, if you like, head over and make your contribution. We have a very even race so far, with Kaelah ahead by only the slightest of margins.
Posted by Ludwig at 11:43 PM

Labels: Our Pictures, Partners in Crime

You guys are much more tolerant than I am of having your pictures taken and reposted. As for those silly, pathetic captioned pictures....well it's Monday and no sense in spoiling the week with a rant.

We now post original pictures with a caption right over the bottom to discourage reposting.

I remember a long time ago when you posted about this, Ludwig, and you certainly weren't as tolerant then. Sounds like time has made you more philosophical about the whole thing.

@ Our Bottoms Burn: The fantasies this guy imagined based on our F/M pictures certainly aren't all that original, and yes they are a bit silly, but I'm okay with that. I think it's interesting to see people basing their own fantasies on one's work, even when those fantasies aren't all that novel or elaborate. My only complaint here is that he did not give credit to the source.

@ Anastasia: Kaelah is more annoyed by others reposting our pictures without giving credit than I am, but she too has grown more philosophical about it. We will sometimes ask a provider to take down someone's post(s) if their copying of our stuff really gets out of hand, but all in all we don't waste too much time on fighting the windmills of copyright infringement.

When I read your post I felt a Kind of admiration first - for the tolerance you do express.

In a second thought I admire this even but also think "you have no choice": The pictures and videos you ever posted you'll never catch back, so (with a look to the future) you can only stop posting such art or living with reposting by ignorant and (more or less) stupid people who'll never have the balls to post their own pictures...

Thus I think "taking the world as is" may be the best way to handle with this - I think we all here love you for your posts, for your pictures and Videos, and i'm sure you know that. You won't change the world, so better keep on posting and show these poor rabble an "Effe"... ;-)

There are some pictures of me either being punished or after punishment on a few sites and they were all posted with my permission. As far as I am aware they have never been reposted on other sites. Normally I'm quite grateful for this but every so often I think "hang on whats wrong with my bottom, why isn't anyone else interested". It's probably because I'm not as photogenic as either Kaelah or you. I think what I'm trying to say is that you could take reposting as a compliment, someone has found your pictures interesting enough or attractive enough to want to show them to a wider audience. Yes it's annoying if they don't acknowledge you but once you put a picture out there you lose control of it and all you can do is accept the consequences with as much good grace as you can and you seem to feel the same way.

I have to admit that I'm sometimes still very annoyed when people repost pictures without giving proper credit or when they add comments that I find stupid or even hurtful. But I've become a bit more relaxed about it because I can't change it, anyway. The only thing I do is watermarking new pictures with a semi-transparent watermark somewhere in the middle of the picture so that it can't be cropped out.

@ Simon:
I am sure there is nothing wrong with your bottom! I guess the thing is that female bottoms are generally more popular than male ones. That said, I don't mind looking at pictures which are showing male bottoms at all. :-)